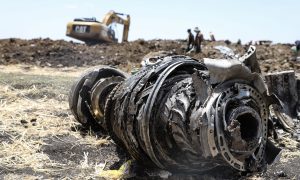 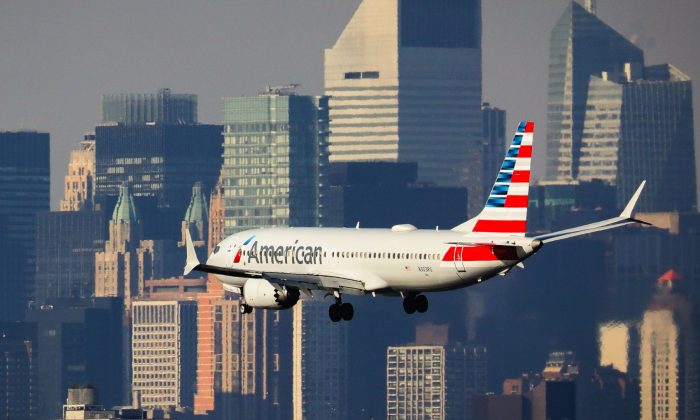 An American Airlines Boeing 737 Max 8, on a flight from Miami to New York City, lands at LaGuardia Airport in the Queens borough of New York, on March 11, 2019. (Drew Angerer/Getty Images)
US News

The Transportation Department’s inquiry was launched in the wake of October’s Lion Air accident that killed 189 people and is being conducted by its inspector general, which has warned two FAA offices to safeguard computer files, the Journal said.

Boeing did not immediately respond to a request for comment. The Federal Aviation Administration declined to comment. Two government officials briefed on the matter said it would not be surprising for the Transportation Department’s inspector general to investigate a major safety issue but could not immediately confirm the report.

The inquiry focuses on the anti-stall system, the Journal reported, citing a government official briefed on its status.

Aviation authorities are looking into whether the system may have played a role in the Lion Air accident as well as the March 10 crash of an Ethiopian Airlines flight that killed all 157 people on board, the newspaper added.

The Transportation Department is seeking to determine whether the FAA used appropriate design standards and engineering analyses in certifying the aircraft’s anti-stall system, known as MCAS, according to the report.