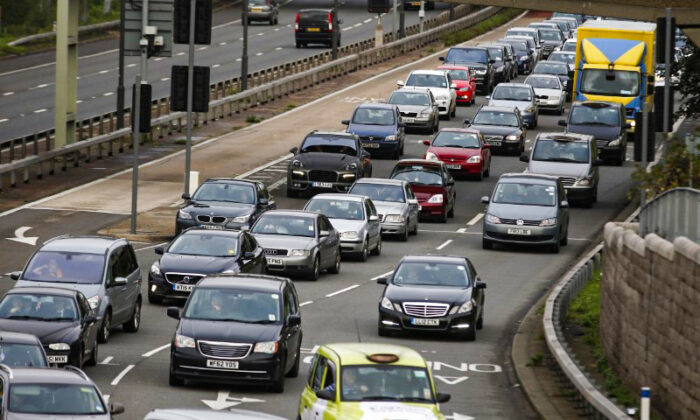 Nearly 43,000 people died on roads across the United States in 2021, hitting a 16-year high, according to federal officials in an estimate released Tuesday.

Last year, an estimated 42,915 people died in automotive accidents, up 10.5 percent over 2020’s numbers. It’s also the highest figure since 2005, according to data posted by the National Highway Traffic Safety Administration (NHTSA).

“We face a crisis on America’s roadways that we must address together,” Transportation Secretary Pete Buttigieg said while touting the White House’s infrastructure package. “With our National Roadway Safety Strategy and the President’s Bipartisan Infrastructure Law, we are taking critical steps to help reverse this devastating trend and save lives on our roadways.”

The NHTSA did not elaborate on why it suspects crashes in 2021 reached a 16-year high. However, the agency said that Americans drove about 325 billion miles last year, 11.2 percent higher than in 2020, which contributed to the year-over-year increase.

Texas is estimated to have had the largest number of traffic-related deaths at 4,573, followed by California with 4,258, and next is Florida with 3,753, according to NHTSA’s numbers. Traffic deaths rose in 44 states as well as in Puerto Rico and the District of Columbia, the data show.

Nearly 118 people died in U.S. traffic crashes every day last year, according to the agency’s figures. The Governors Highway Safety Association, a group of state traffic safety officials, blamed the increase on dangerous behavior such as speeding, driving while impaired by alcohol and drugs, and distracted driving, as well as “roads designed for speed instead of safety.”

The combination, the group said, “has wiped out a decade and a half of progress in reducing traffic crashes, injuries, and deaths.”

Deputy NHTSA Administrator Steven Cliff, who was nominated by the Biden administration to run the traffic safety agency, said that steps need to be taken to deal with the crisis. He didn’t elaborate on how.

“We will redouble our safety efforts, and we need everyone—state and local governments, safety advocates, automakers, and drivers, to join us,” Cliff said in a statement. “All of our lives depend on it.”