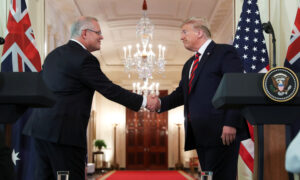 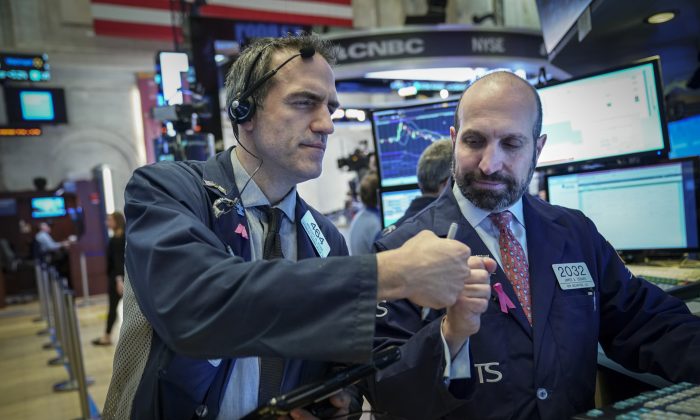 Traders and financial professionals work on the floor of the New York Stock Exchange ahead of the opening bell on Jan. 4, 2019. (Drew Angerer/Getty Images)
Investment

US Trade Partners Get No Help From Strong Dollar, BIS Says

The dollar’s strength may be part of reason why the global Purchasing Managers Index, a crucial gauge of sentiment and growth, is languishing near a record low, if research from the Bank for International Settlements is anything to go by.

The BIS challenged the widely held idea that a stronger greenback boosts competitiveness of U.S. trade partners, boosting business with the world’s largest economy. Based on the study in its latest quarterly review, the contrary is true. The dollar has gained 3% in the past year in a move that coincided with weakening manufacturing and services around the world as the trade war heated up.

“It is when the dollar is strong that PMIs outside the United States are weak,” Hyun Song Shin, economic adviser and head of research at the Basel-based organization, wrote in the report. “This correlation goes against an explanation based on trade competitiveness.”

The role of the greenback as an indicator of business activity may boil down to two factors: haven demand and global supply chains, said the BIS, known as the central bank for central banks. Its foreign exchange turnover survey showed the dollar has consolidated its position as the world’s most liquid currency, being one side of 88% of all foreign-exchange trades.

When the global economy suffers, the dollar tends to appreciate. Since most trade financing via banks, and the credit needed to fund inventories, tend to be dominated in the U.S. currency, that can tighten financial conditions for companies.

The BIS report highlighted the links between PMIs and financial conditions. The research also showed that equities and corporate credit spreads are among financial variables that are closely correlated to the data. Equity indexes tend to reflect market participants’ assessments of future economic activity, while credit spreads incorporate measures of financing conditions.

The PMI data are collected through surveys of purchasing managers on various fields, including new orders, inventories, order backlogs, speed of supplier deliveries, and employment.

The business activity indicators are closely watched by economists and investors because of their timeliness as they are released immediately after the end of reference month. They are therefore used to derive real-time estimates of gross domestic product.

The JPMorgan Global Composite PMI, a proxy of global business activity, fell to 51.3 in August, a hairbreadth away from the lowest level since record began in September 2016. Protectionist policies and geopolitical risks are taking an increasing toll on confidence and investments.

The OECD has just cut almost all the economic forecasts it made just four months ago and new expects growth to slow toward the weakest growth in a decade. Amid the uncertainty, the greenback has outperformed their G-10 peers this quarter as investors sought dollar-denominated assets for safety and higher yields.