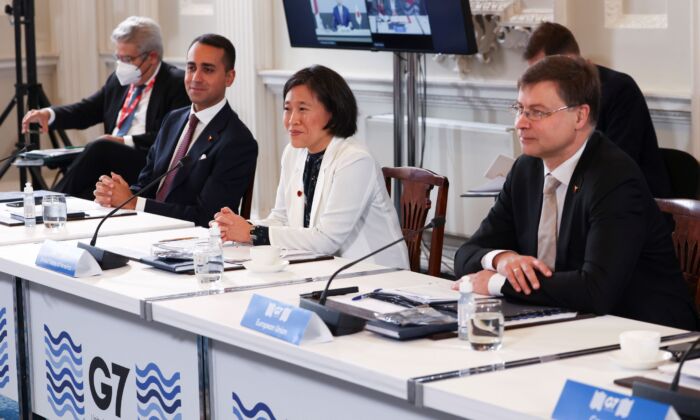 “The tools that we have, we know how they can be effective and we know where the limitations are,” Tai told U.S. steel industry executives in Washington on Tuesday, adding that she wanted to create a new level playing field.

Asked whether such tools could be used to deal with China’s subsidization of plants in other countries to facilitate the purchase of Chinese products through its Belt and Road Initiative, which is not currently subject to punitive U.S. tariffs, Tai replied: “Yes.”

“We need to be prepared to deploy all tools and explore the development of new ones, including through collaboration with other economies and countries.”

In return, the EU dropped its retaliatory tariffs on U.S. products like whiskey, motorcycles, bourbon, peanut butter, and jeans.

China, the biggest driver of production overcapacity around the globe, takes up nearly 60 percent of global steel production, according to Tai’s officially released Tuesday opening remarks. However, the influx of cheap steel in the global trading system is squeezing out the profits of others.

“It has poured billions of dollars into its steel industry—hurting the interests of workers in the U.S. and around the world,” she said. “We all know this is not sustainable.”

Yet the gap between global steelmaking capacity and demand, which now stands at almost 600 million tons, will continue to grow, Tai said.

“Going forward, the U.S. and the EU will analyze the volume of steel and aluminum imports from the EU each year, share information and best practices on trade remedies, and ensure that products from non-market economies do not benefit from the arrangement.”