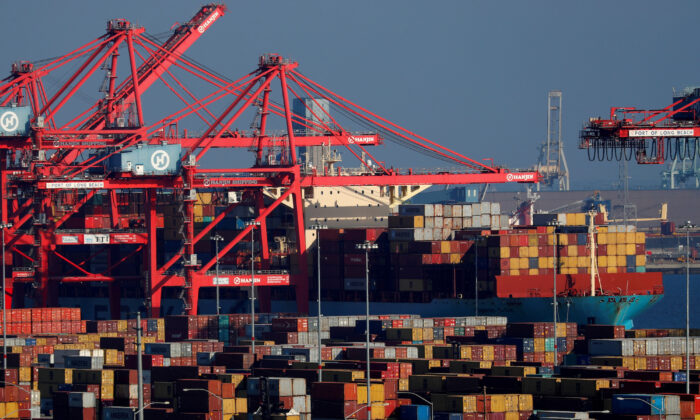 U.S. Trade Representative Katherine Tai will on Monday deliver long-awaited remarks outlining the Biden administration’s trade strategy with China, with a senior administration official saying Tai will condemn Beijing’s unfair trade practices and discuss holding it to account for commitments made under a Trump-era deal.

Tai is scheduled to speak at the Center for Strategic and International Studies (CSIS), a Washington think-tank, at 10 a.m., ET, where she is expected to say that Washington must enforce the terms of the “Phase 1” trade deal Beijing struck with President Donald Trump, the official said.

One of the ways Trump sought to address Beijing’s hostile trade policies and whittle down the U.S.-China trade deficit that he was deeply critical of was by negotiating a deal built around a pledge by Beijing to buy $200 billion more in U.S. goods and services over 2020 and 2021.

According to the Peterson Institute for International Economics (PIIE), a nonpartisan research organization that tracks the status of China’s purchases from the United States relative to its commitments, Beijing is well behind on this pledge.

For 2020, China’s total import shortfall was $73.2 billion, or 58 percent of the target, according to PIIE, while through August 2021, Beijing was on track to end the year more than 30 percent short of its buying commitment.

With only 4 months of purchase commitments left to go under the Phase One trade agreement, China is on pace to be more than 30% short of US goods it promised to buy in 2021.
Details, data & methodology: https://t.co/mqXxrlyQPx pic.twitter.com/wUf5SHIgxa

The senior administration official said that it’s clear that the current state of the U.S.-China trade relationship does not meet the needs of American workers and that, in her speech, Tai will highlight examples of how “China’s unfair trade practices have hurt our workers and our industries and have given Beijing an unfair advantage in the global trading system.”

Tai will note how Chinese leaders have failed to reform their non-market policies and have not stood up to their various commitments made over the last 15 years of talks with the United States, the senior administration official said.

While Tai said Washington is not seeking to escalate trade tensions with Beijing, the Biden administration is unconvinced that Chinese leaders will change their mercantilist ways and that the United States will use the “full range of tools” to ensure the bilateral trade relationship “works for American workers, our industries, and our supply chain.”

The United States will focus on “Phase 1” engagement and will not pursue “Phase 2” negotiations with China on deeper structural issues like massive subsidies to vital industries that skew global markets, because Beijing is “doubling down on its authoritarian state-centric approach,” the official said.

While President Joe Biden has kept in place tariffs on hundreds of billions of dollars of Chinese imports that Trump imposed, his administration has so far revealed little about how it aims to address what it says are unfair and non-market trade practices by Beijing.