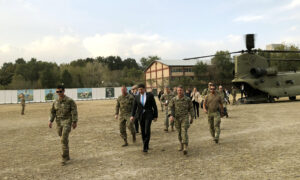 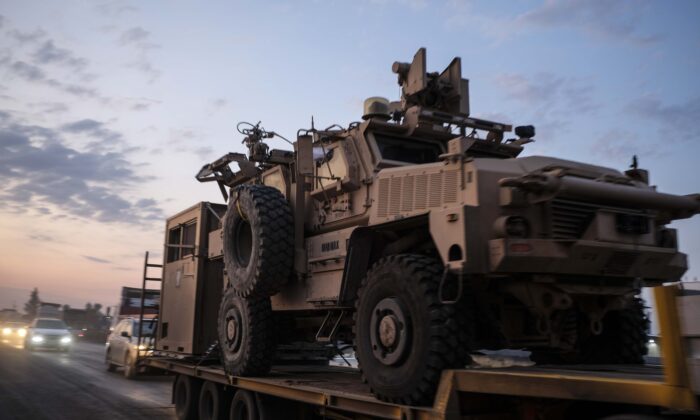 The United States will send “mechanized forces” to Syria to help keep oil fields out of the hands of the ISIS terror group, Defense Secretary Mark Esper said on Friday.

The move is in line with what President Donald Trump ordered, Esper said at a press conference in Brussels.

“Ultimately, we always intended—as the President directed—to maintain a presence at the Al-Tanf garrison. As I’ve said over the past several days, we’re also considering how we might reposition forces in the area in order to ensure we secure the oil fields,” Esper said.

“We are now taking some actions—I am not going to get into the details—to strengthen our position at Deir al-Zor to ensure that we can deny ISIS access to the oil fields because we want to make sure that they don’t have access to the resources that may allow them to strike within the region, to strike Europe, to strike the United States.”

Esper, who previously said that a small number of American forces may stay in Syria, said the reinforcement actions “will include some mechanized forces.”

The announcement came as Trump took to Twitter to say Turkey wouldn’t fire on Kurds as they leave the safe zone for areas nearby.

Turkey and Syria made a temporary cease-fire permanent this week.

“I don’t have to repeat that large scale Sanctions will be imposed for violations. Going well!” Trump said.

“ISIS secured by Kurds with Turkey ready as backup.” Esper told reporters that the SDF, or the Kurdish-led Syrian Defense Forces, told the United States that all ISIS prisoners were being secured. Esper also said Turkish Defense Minister Hulusi Akar told him that some of the ISIS militants who escaped had been recaptured by Turkey.

Many of the American forces that were withdrawn from Syria went to Iraq, with the ultimate plan to transport them back to the United States.

“Oil is secured. Our soldiers have left and are leaving Syria for other places, then COMING HOME!” Trump said in his statement.

“We were supposed to be there for 30 days—That was 10 years ago. When these pundit fools who have called the Middle East wrong for 20 years ask what we are getting out of the deal, I simply say, THE OIL, AND WE ARE BRINGING OUR SOLDIERS BACK HOME, ISIS SECURED!”