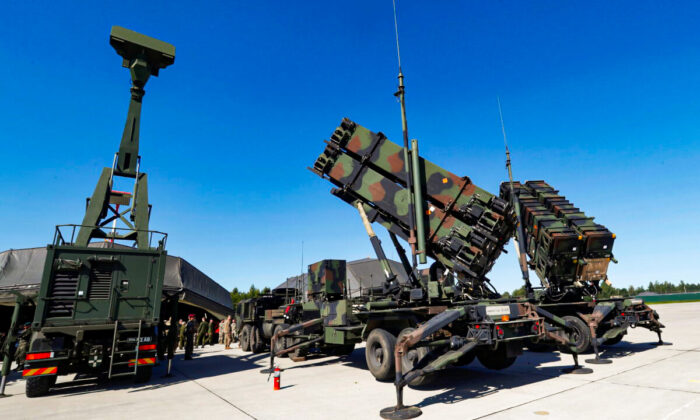 “I want to thank the Slovakian government for providing an S-300 air defense system to Ukraine,” President Joe Biden said on Friday in a statement. “To enable this transfer and ensure the continued security of Slovakia, the United States will reposition a U.S. Patriot missile system to Slovakia.”

The Pentagon confirmed that Slovakia is supplying its S-300 air defense system to Ukraine.

However, the deployment of the Patriot system is temporary and the two countries are still working on a permanent deployment arrangement.

“This is a temporary deployment of a Patriot battery as we continue to work with Slovakia on what long-term solutions make the most sense for Slovakia and we’re just not there yet,” a senior defense official told reporters on Friday.

The Pentagon official also confirmed that the United States is considering similar arrangements with other Eastern European countries.

“We continue to have conversations with allies and partners who have these kinds of long-range air defense systems, and I don’t want to get ahead of that process,” the official said.

It’s unclear if the United States is planning to simply replace the S-300 systems those countries have or is working on a similar plan as Slovakia, which will transfer more S-300 systems to Ukraine.

Russia annexed Crimea in 2014, and the conflicts in Donbas between the Ukrainian military and Russia-backed separatists escalated into a war the same year.

Both areas have been de facto occupied by Russia or separatists.

The Kremlin said earlier that the Donbas is the main goal of the full-scale invasion ordered by Russian President Vladimir Putin.

Putin ordered a full-scale invasion of Ukraine on Feb. 24, which the Kremlin called “a special military operation.”

The United Nations said that as of April 7, 1,611 civilians have been killed and 2,227 injured in Ukraine since Russia’s invasion and over 4.4 million people have fled Ukraine.

The Biden administration’s move came after the Pentagon said the battles in Donbas—which is located in the east of Ukraine—will be as fiery as a “knife fight.”

A Pentagon official indicated that the United States is providing more Javelin anti-tank missiles into the battles in eastern Ukraine.

“One of the reasons why the president signed out another $100 million in Javelins just the other night was because we know how important the Javelins are going to be in this knife fight that’s about to occur—actually has been occurring in the Donbas,” the official said.

Ukrainian President Volodymyr Zelenskyy said earlier this week that his country is unlikely to take back the Crimea–Donbas corridor through military means.

Ukrainian armed forces could lose thousands of soldiers if they’re ordered to take back Donbas and Crimea, he said on Tuesday.

“Our state needs a strong army. And if we want to lose the most powerful, most experienced people because ‘I want it now,’ we must understand that [Russian armed forces] will return to us, and not in two or three years, but in the same month. All the military know and think about it,” he elaborated. “This is a very serious story.”

Meanwhile, Zelenskyy said he will take a “parallel dialogue” approach.

“Ukraine has always said that it is ready for negotiations and will look for any ways to end the war,” he said. “I will tell you frankly: so far we are talking about a parallel dialogue as well.”