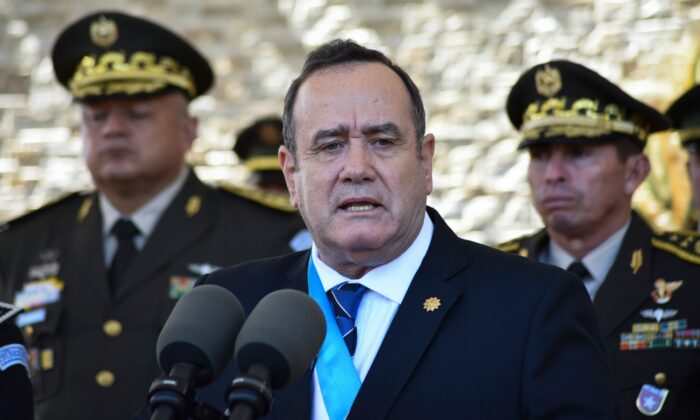 US to Provide Guatemala’s Private Sector With $1 Billion in Financing for Economic Development, Regional Security

The announcement came as the Central American country’s new president, Alejandro Giammattei, has been meeting with U.S. officials this week to discuss how to attract investment to stimulate economic growth and contain factors pushing migrants to the United States.

“It’s a billion dollars of financing from us, which should catalyze about $4 billion,” Adam Boehler, chief executive of the U.S. International Development Finance Corporation (DFC) told Reuters after he signed a memorandum of understanding.

“The United States and Guatemala share a commitment to building a more prosperous, stable, and secure Western Hemisphere.

“The MOU signed by our two countries today—which will create meaningful economic opportunities and improve the lives of the Guatemalan people—represents a milestone in our cooperative efforts to achieve this common vision.”

“DFC is committed to partnering with President Giammattei and his government to bolster private sector investment in Guatemala to create opportunity and lift up communities across the country.”

By $4 billion, he was referring to projected multiplier effects of the private sector financing. The potential scope of the deal was not previously known.

On Tuesday, the U.S. embassy in Guatemala said the two sides would sign a memorandum of understanding to stimulate $1 billion of private sector investment .

Following the signing, U.S. Ambassador to Guatemala Luis E. Arreaga said, “Today’s memorandum of understanding is evidence of the United States’ commitment to partner with Guatemala to grow the economy, improve citizen security, and ensure transparent, accountable governance that supports human rights. It offers a tool to grow the economy for all Guatemalans, particularly those in greatest economic need.”

Acting as a development bank, the DFC partners with private sector companies to bankroll specific projects. The financing does not go to the Guatemalan government.

Giammattei, a conservative, who inherited a contentious deal his predecessor struck, is under pressure from U.S. President Donald Trump to stop the number of undocumented migrants from Guatemala to the United States by improving meaningful economic opportunities in the country and regional security.

Giammattei said Wednesday that a caravan of hundreds of people from Honduras trying to get to the United States would be stopped at the Mexico border.

“The Mexican government told us that they won’t let it pass,” Giammattei told reporters, “that they will do everything in their powers to stop it from passing.”

But tensions flared when the group of about 300 migrants approached the border with Guatemala at Corinto.

“Here there’s no work, there’s nothing. That’s why we are fleeing to the United States,” a young man traveling with his wife and two children told Honduran television.

Some reached the Guatemalan side, and 15 people were detained by Guatemalan authorities and sent back to Honduras, Meza said.

Mexico’s foreign ministry did not immediately respond to a request for comment on what will happen when the caravan reaches the border with Mexico.