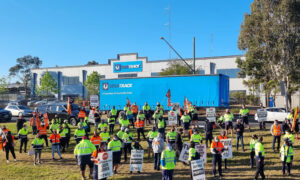 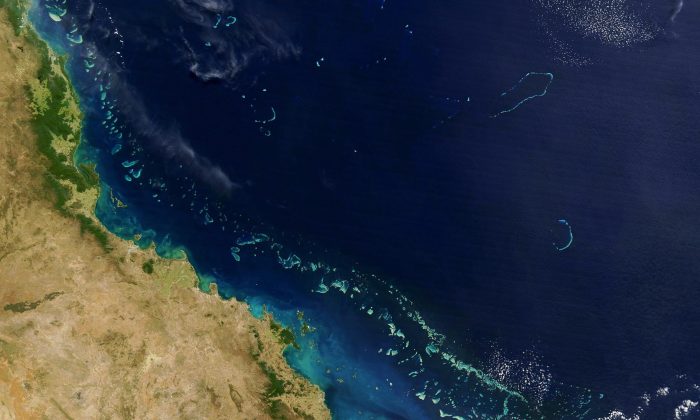 A 2004 NASA satellite image of the The Great Barrier Reef (light blue). Stretching along more than 2,000 km (1,200 miles) of Australia's eastern coast, it is one of the world's formost natural wonders. (HO/AFP/Getty Images)
Australia

US to Fish Bombs Out of Great Barrier Reef

“The Navy knows full well how environmentally sensitive the Great Barrier Reef is, and will do everything to make this right,” a Navy official, who declined to be identified, told CNN in an article published Monday.

The planes dropped the bombs when they were low on fuel and could not land with them aboard. They intended to drop them on the Townshend Island bombing range, but changed course when civilian boats were reported in the way. The combined weight of the four bombs is about 2,000 pounds. The unarmed bombs are not in danger of exploding.

Great Barrier Reef Marine Park Authority said in a statement they are “low risk to the marine environment.”

The statement reads: “Based on where the ordnance have been dropped in a location that is in water around 50 meters (164 feet) deep, about 30 kilometers (19 miles) from the nearest reef and 50 kilometers (31 miles) from the shoreline, the immediate impact on the marine environment is thought to be negligible.”