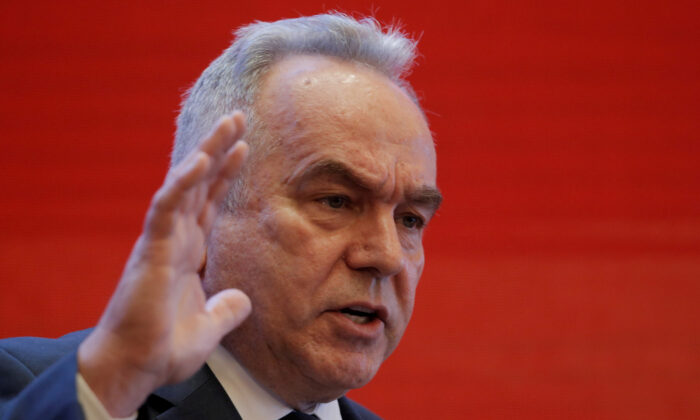 The Biden administration plans to invite leaders from the Pacific Island nations to the White House in an effort to shore up diplomatic ties in the South Pacific following the signing of a contentious security deal between Beijing and the Solomon Islands.

Indo-Pacific coordinator Kurt Campbell told attendees of the U.S.-New Zealand Business Summit on May 2 that the United States would do more in “areas that matter and are of significance to the Pacific Islanders,” according to comments obtained by Reuters.

Campbell said the Biden administration would work with U.S. AID and the U.S. International Development Finance Corporation to fund projects in the region and also redeploy the Peace Corps.

There would also be more support for the Pacific Islands Forum, a trade bloc that covers many Pacific nations.

According to a leaked draft, Beijing would be able to dispatch police, troops, weapons, and even naval ships—with the consent of the Solomon Islands—to “protect the safety of Chinese personnel and major projects in the Solomon Islands.”

Experts have warned full implementation of the agreement would lead to gradual militarization and geopolitical tensions akin to the South China Sea.

Despite assurances from Solomon Islands Prime Minister Manasseh Sogavare to Campbell and Australian authorities that there would be no military base in the region, he has remained defiant in his decision to engage with the Chinese Communist Party (CCP).

“When Australia signed up to AUKUS, we did not become theatrical or hysterical about the implications this would have for us,” he told the Solomons Parliament on April 29. “We respected Australia’s decision.”

Sogavare, who is deeply unpopular in the country—which has a history of civil strife—is due for an election next year, and there are concerns the prime minister could engineer a false-flag event to prevent this from going ahead (to avoid losing power).

South Pacific expert Cleo Paskal has called for Australia and other democratic nations to stop engaging with the prime minister in the hopes of changing his mind, and to instead, hold him to account for the implementation of the 2000 Townsville Peace Agreement, which ushered in an era of stability and national government for the country.

Retired U.S. Marine officer Grant Newsham, meanwhile, has called on democratic allies to shine a spotlight on bribery allegations perpetrated by the CCP.