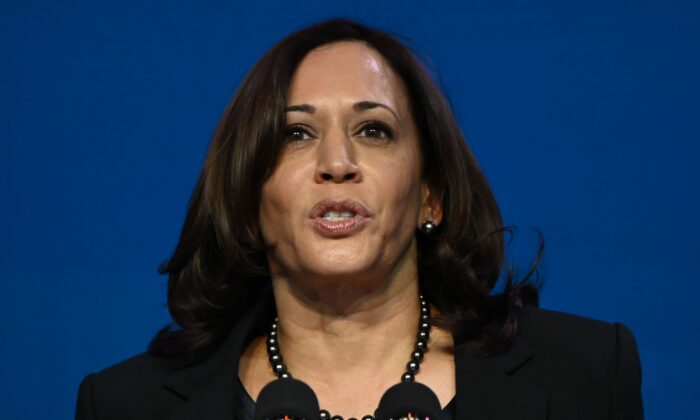 It makes the United States the first nation to impose such a ban. Anti-satellite missile testing has been conducted by the United States, China, India, and Russia. It is a military demonstration in which an orbital object is destroyed using a missile system.

“Simply put, these tests are dangerous and we will not conduct them,” Harris said in her first major policy announcement since overseeing the National Space Council in 2021.

“As of today the United States commits not to conduct destructive, direct-ascent, anti-satellite missile testing,” Harris said during a visit to California’s Vandenberg Space Force Base. “We are the first nation to make such a commitment. I call on all nations to join us.”

Harris cited the potential danger to astronauts and satellites, referring to a test conducted by China more than a decade ago that created thousands of pieces of debris that are still orbiting the Earth.

“These tests, to be sure, are reckless, as they are irresponsible. These tests could also endanger so much of what we do in space,” she said.

Russia on Nov. 15 test-launched an anti-satellite missile that struck a defunct Soviet-era spy satellite in low-Earth orbit, creating at least 1,632 pieces of space debris, according to a U.S. Space Force database of orbital objects.

U.S. Secretary of State Anthony Blinken condemned the test at the time as “reckless and irresponsible,” as the debris field posed risks to active satellites in orbit and forced into shelter U.S. astronauts aboard the International Space Station, an orbital research laboratory managed primarily by NASA and Russia’s space agency Roscosmos.

The announcement also comes amid increased U.S. intelligence cooperation with Ukraine as Russia’s invasion drags on.

Western experts have been concerned that space-based intelligence satellites could be targeted and shot down by Russia amid the conflict.

The White House said the debris created by these tests now threaten satellites and other space objects vital to all nations’ security, economic, and scientific interests, and increases the risk to astronauts in space.

The United States first signaled its support for an anti-satellite weapon test ban in December.

Harris added that “in the days and months ahead, we will work with other nations to establish this as a new international norm for responsible behavior in space.”

“I believe without clear norms we face unnecessary risks in space,” Harris said. “We must write the new rules of the road.”