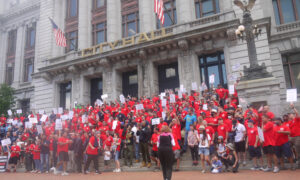 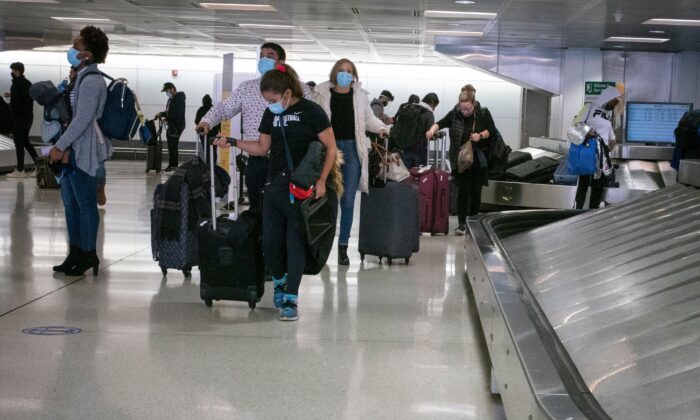 WASHINGTON—The Biden administration announced on Thursday that it plans to award 16 slots for flights at Newark International Airport in New Jersey to a yet-to-be-determined low-cost carrier and said it could take action to boost competition at other major airports.

The U.S. Justice Department, which had urged the Transportation Department to not retire the slots and instead use them to spur competition, said it would work “to address similar concerns at capacity-constrained airports.”

“Low-cost carriers play an important role in keeping the airline industry competitive and the immense power of the major airlines in check,” Richard Powers, the acting head of the Justice Department’s Antitrust Division, said in a statement.

The slots, which are permission to take-off or land at congested airports, were previously owned by United Airlines and then transferred to Southwest Airlines before being given up. United had advocated for them being retired to reduce congestion.

United has a hub at Newark, the 15th-busiest U.S. airport in 2020 by total passengers, and flies about 65 percent of all Newark flights. Awarding the slots to a low-cost carrier would mean more competition for United.

JetBlue Airways Corp. said it would apply for the slots.

United said it was continuing to “to review today’s preliminary decisions.”

The Transportation Department and the Federal Aviation Administration said without the reassignment of the Newark slots to a low-cost carrier “it is highly unlikely that there will be any significant reduction in fares.”

The department acknowledged the new flights would lead to some additional delays at the congested airport but said “the benefits of lower fares significantly outweigh the impacts of additional delays.”

The administration will consider applications from low-cost carriers for the slots but wants to make a decision quickly so service can begin as soon as later this year. It will take public comments on its proposed decision before making it final.

Southwest had acquired the slots in 2010 as a condition of the government’s approval of United’s merger with Continental Airlines. Southwest subsequently said in July 2019 that it would pull out of Newark in favor of LaGuardia, and Spirit, a low-cost carrier, asked for 16 of the most desirable slots.

Spirit did not immediately comment. Shares of Spirit Airlines were flat on Thursday while United added 1.4 percent.

Separately, the FAA announced that it would extend temporary waivers of requirements that airlines operate a minimum number of flights at New York’s JFK and LaGuardia airports and Ronald Reagan Washington National Airport through late March 2022. Put in place because of the coronavirus pandemic, the waivers have greatly reduced the number of international flights. Without the waivers airlines could lose slots at congested airports if they do not use them at least 80 percent of the time.

By David Shepardson and Diane Bartz