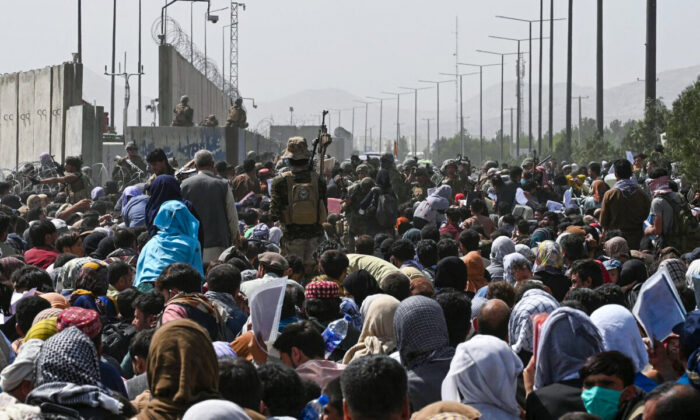 Afghans gather on a roadside near the military part of the airport in Kabul, Afghanistan on Aug. 20, 2021. (Photo by Wakil Kohsar/AFP via Getty Images)
By Zachary Stieber