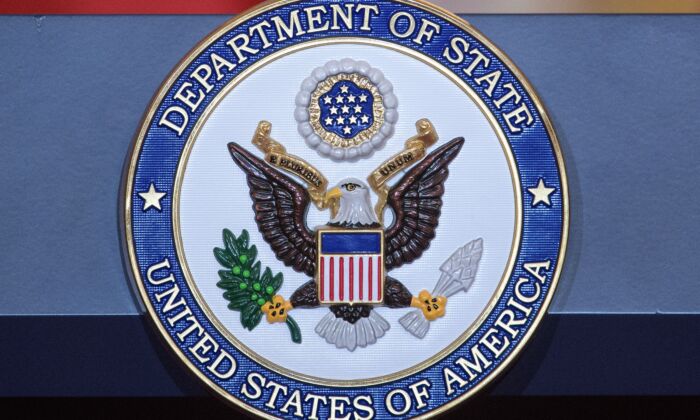 The U.S. State Department has given $20,600 in taxpayer money to an organization in Ecuador to promote tolerance, diversity, and inclusion through a series of initiatives that include hosting “12 drag theater performances.”

The funds were awarded on Sept. 30 to a non-profit called Centro Cultural Ecuatoriano Norteamericano Abraham Lincoln, a U.S.-Ecuadorian cultural center in Cuenca, Ecuador, the State Department confirmed to The Epoch Times in an emailed statement.

Among its various programs, the Ecuadorian center runs English classes for children aged 8–11, teenagers, and adults.

The money for the initiatives, which besides drag theater performances also includes three workshops and a 2-minute documentary film, was provided under the 19.040 Public Diplomacy Programs scheme, the State Department said in a grant summary fact sheet.

The aim of the 19.040 scheme is, according to the State Department, “to support the achievement of U.S. foreign policy goals and objectives, advance national interests, and enhance national security by informing and influencing foreign publics and by expanding and strengthening the relationship between the people and government of the United States and citizens of the rest of the world.”

Asked how the State Department considers this particular grant as furthering the objectives of the 19.040 program, the agency told The Epoch Times in an emailed statement that it “supports a wide range of strategic programs in Ecuador that incorporate concepts from diversity, inclusion, and representation to equity and accessibility.”

“The program’s goal is to promote tolerance, and the arts provide new opportunities for LGBTQI+ Ecuadorians to express themselves freely and safely,” the spokesperson added.

“The program will advance key U.S. values of diversity and the inclusion of LGBTQI+ communities as well as promote the acceptance of communities that are disproportionately affected by violence,” the spokesperson said, adding that recent data suggest “an alarming and deadly rise in violence against LGBTQI+ persons in Ecuador.”

The Epoch Times has also reached out to the Ecuadorian North American Center “Abraham Lincoln” with a request for comment on the target audience of the initiatives but did not receive a response by publication.

Over the past three years, the State Department has awarded $388.2 million in funds for a variety of 19.040 programs to recipients across the globe, according to Govtribe.com.

While it remains unclear who the target audience is for the drag theater performances at the Ecuador center, it comes amid national controversy over drag queen shows in the United States oriented at young children.

While some proponents have argued that exposing kids to drag performances “can be a good thing,” a child advocate told The Epoch Times that drag shows for children are part of a dangerous push to normalize inappropriate behavior for youngsters.

House Republicans, meanwhile, introduced a bill on Oct. 18 that would ban the use of federal funds for drag queen performances and other sexually oriented programs aimed at young children.

The Stop the Sexualization of Children Act of 2022 bill (pdf) would prohibit federal, state, and local governments and private organizations from using federal tax dollars to expose children under 10 to sexually explicit material.

“The Democrat Party and their cultural allies are on a misguided crusade to immerse young children in sexual imagery and radical gender ideology,” the bill’s sponsor, Rep. Mike Johnson (R-La.), said in a statement.

“This commonsense bill is straightforward,” Johnson continued. “No federal tax dollars should go to any federal, state, or local government agencies, or private organizations that intentionally expose children under 10 years of age to sexually explicit material.”