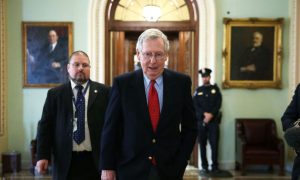 What Tax Reform Means for US Growth
0 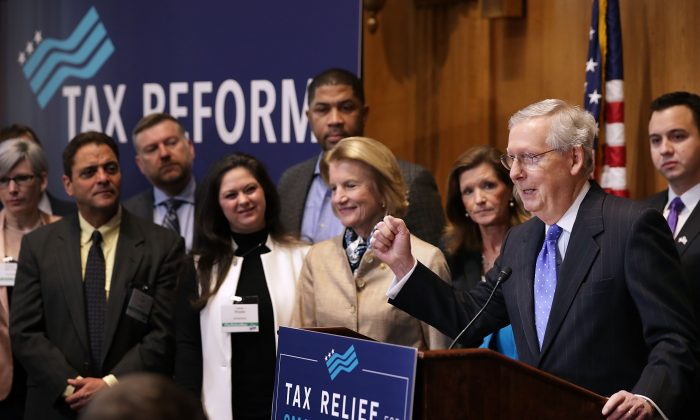 Now, U.S. tax cuts—the biggest passed since those during the presidency of Ronald Reagan three decades ago—have Beijing in a bind.

Prominent in the new tax policy are generous reductions in the corporate tax and a rationalization of the global tax scheme. Both are expected to draw capital and skilled labor back to the United States.

The reform comes at a time when glaring shortcomings of the Chinese economic model have begun to be broadly felt across the world’s last major communist power. Long before the legislation passed in the U.S. Senate on Dec. 2, Beijing had heaped severe criticism on the proposed reform.

Due to the tax cut, the capital— mostly from the manufacturing industry— will flow back to the U.S.
— Chen Pokong, China current affairs analyst

In April, Chinese state-controlled media slammed the tax cuts, accusing the U.S. leadership of risking a “tax war” and exhorting Washington to “take up its responsibility as a great power.”

According to observers, Beijing’s vehement criticism of the cuts comes from a place of deep-seated anxiety: The Communist Party relies on one of the heaviest tax rates in the world to fund its high-tech police state, maintain a hand in the nation’s biggest industries, and protect the vested interests of a massively corrupt bureaucracy.

Chen Pokong, a Chinese current affairs analyst and author of books on Chinese political culture, says that the official had repeated a communist slogan, one associated with deadly political movements, to signal Beijing’s displeasure with the U.S. tax cut. Other Chinese media have gone further, calling Trump’s reform a “tax war.”

The slogan, “we’ve made our stance clear,” literally translates to “to display clearly one’s banner.” It was last used in a Chinese military publication just weeks before the infamous Tiananmen Massacre on June 4, 1989, and originated during the Cultural Revolution, when communist leader Mao Zedong whipped up the country into a decade of chaotic political violence.

According to Chen, Beijing has good reason to be afraid.

“Due to the tax cut, the capital—mostly from the manufacturing industry—will flow back to the U.S.,” Chen said in a video available on YouTube. “A large amount of American money, technology, and skilled labor is in China. Now, American investment will leave China. … For the Chinese government, this is no small shock.”

The Communist Party, with an estimated 80 million registered members, is headed by a sprawling bureaucratic elite that lubricates its power with widespread corruption.

“In order to protect its one-party rule, the Chinese government needs to hold a monopoly of power over the national economy,” Chen said. “For its own vested interests, for the sake of stability, it needs to use heavy taxes to keep its hands in the industries.”

Xia Yeliang, a former professor in Beijing, said in an interview this May with independent media New Tang Dynasty Television that the Communist Party had promised to implement financial policy that would be more beneficial for the general public, but has not put this into practice.

Instead, Beijing has kept and expanded a regime whereby heavy taxes do not benefit the people in the form of welfare or other benefits, but are used to prop up inefficient state-owned enterprises, line the pockets of the Party’s many officials, or fund the massive police mechanism that keeps the population under watch and crushes dissent.

“The scholars laid out a very good path, and the Communist Party actually accepted it. But now they’ve gone in the opposite direction,” Xia said.

According to Chen, China’s heavy taxes place a severe burden on small and mid-sized businesses, and this is by design—the Communist Party is wary of a large and independent middle class that might challenge its political authority and endanger the interests of the elite.

Despite the clear stance laid out by state media, there are some indications that Chinese officials and scholars are considering the necessity of implementing their own tax reforms to keep up with the Trump administration.

According to Hong Kong-based Phoenix TV’s Financial Daily Report, on Dec. 3, a day after the American tax bill passed, Liu Shangxi of China’s Ministry of Finance noted that American taxes are more direct than China’s meandering system of hidden fees. “We should plan for contingencies around indirect taxes,” Liu said. “The next step for China must be to introduce tax reduction reforms.”

Zhu Guangyao, a deputy minister of finance, said in a meeting that it was “indeed impossible” to “ignore the international effects” of the American tax cut, and that “proactive measures” needed to be taken to adjust accordingly.

On Dec. 4, a think tank associated with the People’s Daily published an article titled “Is Trump’s Tax Cut Really a Bad Thing for China?” The article listed a number of pressures that the Chinese economy is predicted to experience once the cuts go into effect.

Meanwhile, a Chinese state-run overseas publication called “Xiakedao” came out with a report saying that while Trump’s tax cuts put pressure on China, the pressure “can all the same be transformed into an opportunity for reform.”

It remains to be seen whether communist authorities are willing to accept a hit to their tax revenue to balance the economy and let capital flow into the hands of the private sector.

According to Chen, “if China does one day introduce a large-scale tax cut like the one in the United States, in order to appease the people, then the wealth structure will undergo a huge change. Money will flow in more directions. … At least there will be some balance.”