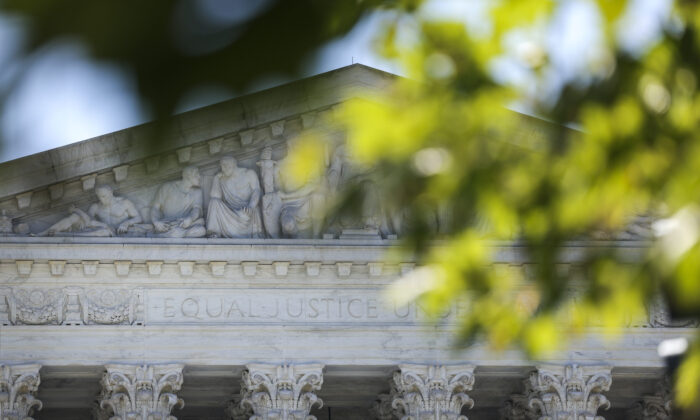 The Supreme Court on the final day of its term in Washington on June 30, 2022. (Kevin Dietsch/Getty Images)
US News

Two cases regarding lower court rulings on abortion bans and a third abortion-related case were thrown out of the Supreme Court on Thursday in light of Roe v. Wade being overturned.

Federal appeals courts in Arizona and Arkansas had made rulings that invalidated abortion bans in those states. A third case in Indiana involved parental notification of abortions performed on minors, Reuters reported.

After the June 24 Supreme Court decision that overturned Roe, the three cases will now return to lower courts to be reconsidered.

In Arkansas, the U.S. Court of Appeals for the 8th Circuit blocked measures passed by lawmakers to ban abortions performed because of fetal genetic abnormalities such as Down syndrome. This decision was made in Rutledge v. Little Rock Family Planning Services.

A federal appeals court in Arizona made a similar decision to block a ban on abortions due to fetal genetic abnormalities such as Down syndrome.

“Every human life is worthy of protection; Arkansas’ laws protect both unborn children and women. And now that the Supreme Court has returned policy decisions of this sort to the states, we trust that the 8th Circuit will conclude that Arkansas’ laws protecting unborn children, the health of pregnant mothers, and the integrity of the medical profession are legitimate,” she said.

The third case thrown out of the Supreme Court relates to a law in Indiana that required the parents of minors seeking abortions to be notified.

The U.S. Court of Appeals for the 7th Circuit will now have to reevaluate its decision in Box vs. Planned Parenthood of Indiana.

In 1973, the Roe decision largely made abortions legal nationwide and the 1992 companion ruling held that states can’t impose significant restrictions on abortions before a fetus becomes viable for life outside the womb.

Both of those rulings were overturned on June 24 when the Supreme Court, powered by its conservative majority, upheld a Mississippi law that bans abortion after 15 weeks of pregnancy and overturned Roe.