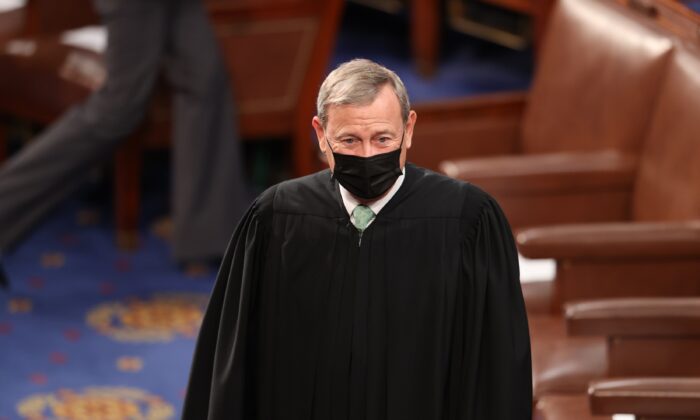 The U.S. Supreme Court on July 19 cleared the way for Indiana to enforce a law that requires parents to be notified when their children seek abortions.

The court in June overturned Roe v. Wade, the 1973 ruling that blocked states from imposing many abortion restrictions. But the decision has not been formally issued, which means Indiana has not been able to enforce its 2017 parental notification law.

Indiana filed an emergency application with the court on July 13.

“Delay would only serve to prevent enforcement of a duly enacted state statute designed to protect minors, families, and the unborn,” state lawyers said.

He ordered the court’s ruling in Dobbs v. Jackson Women’s Health Organization to be issued immediately to the U.S. Court of Appeals for the Seventh Circuit.

The ruling was transmitted to the appeals court on Tuesday.

The appeals court had been asked to overturn the block on enforcing the law in light of the Supreme Court striking down Roe v. Wade. But the appeals court said that since the judgment had not been issued, it would not rule on the motion until it was.

The court is expected to rule on the motion in the coming days after receiving the ruling.

Indiana Attorney General Todd Rokita, a Republican, told The Epoch Times via email that “we hope to get a quick ruling and put this law into effect.”

“The discriminatory abortion ban is a huge win for the pro-life movement. It is appalling that abortion activists are willing to kill innocent babies based on race, sex, or even disability. As a father of a child with a disability, I know firsthand all children’s lives are precious, and they deserve a chance to change the world. With the U.S. Supreme Court’s decision in the Dobbs case, it is clear life is winning, but we will stay relentless in the fight,” he added.

Under the parental notification law, a parent, legal guardian, or custodian of a pregnant minor “is entitled to receive notice” of the minor’s intent to obtain an abortion before an abortion is performed.

Planned Parenthood sued over the law after it was passed in 2017, alleging it was unconstitutional and “creates enormous obstacles to young women who have legitimate reasons to keep their abortion decision, or their unsuccessful attempt to obtain a bypass, confidential.”

But Barker referenced Roe v. Wade in siding with the plaintiffs, citing how the ruling said the U.S. Constitution’s Fourteenth Amendment protections are “broad enough to encompass a woman’s decision whether or not to terminate her pregnancy.” Once the ruling was struck down, it opened the decision up to fresh scrutiny,

He said that Planned Parenthood lawyers do not oppose the motion to vacate the injunction.