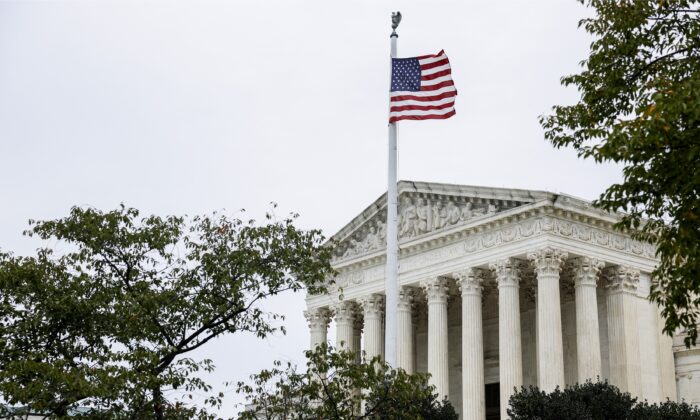 The United States Supreme Court on Nov. 22 cleared the way for a congressional committee to get copies of former President Donald Trump’s tax returns.

The court rejected an emergency application that sought to block the IRS from transmitting the returns to the House Committee on Ways and Means.

The final vote count wasn’t made public, nor were details on how each justice voted.

Chief Justice John Roberts, a George W. Bush appointee, had stayed the appeals court order that directed the IRS to hand over returns from the years 2015 to 2020, which includes the years that Trump was president.

Roberts then directed the matter to the full court.

Due to the new decision, the stay was lifted.

“We knew the strength of our case, we stayed the course, followed the advice of counsel, and finally, our case has been affirmed by the highest court in the land,” Rep. Richard Neal (D-Mass.), the chairman of the House committee, said in a statement. “Since the Magna Carta, the principle of oversight has been upheld, and today is no different. This rises above politics, and the Committee will now conduct the oversight that we’ve sought for the last three and a half years.”

Queries to the IRS, Trump, and the Department of Justice weren’t returned by press time.

Trump had argued that the efforts to obtain the returns were politically motivated, and he pointed to how top Democrats, including House Speaker Nancy Pelosi (D-Calif.), have said they would like to release the records to the public if they’re obtained.

But several courts found that Neal articulated a legitimate legislative purpose—examining how the IRS audits presidents—and that the judiciary couldn’t intervene because of separation of powers.

“The Committee’s purpose in requesting President Trump’s tax returns has nothing to do with funding or staffing issues at the IRS and everything to do with releasing the President’s tax information to the public,” Trump’s lawyers said in an emergency application to the Supreme Court, noting that the panel is seeking records from no other former presidents.

If the lower court rulings weren’t overturned, they “will undermine the separation of powers and render the office of the Presidency vulnerable to invasive information demands from political opponents in the legislative branch,” the lawyers wrote.

Attorneys for the House disagreed, saying that Neal’s request “plainly serves valid Article I purposes.” Article I of the U.S. Constitution established Congress and outlines its functions.

“In short, Congress may inquire into any ‘subject on which legislation could be had,’ including ‘the administration of existing laws, studies of proposed laws, and surveys of defects in our social, economic or political system for the purpose of enabling the Congress to remedy them,'” the attorneys said, pointing to a previous court ruling.

“Applicants now seek a stay from this Court, but they cannot satisfy the demanding standard for that extraordinary relief. The court of appeals correctly held that the Chairman’s request articulates a legitimate legislative purpose and ‘passes muster under all suggested variations of the separation of powers analysis’—including the standard this Court adopted in Trump v. Mazars, for congressional requests seeking a sitting President’s personal information,” she wrote in a brief.

The Department of Justice under Trump ruled Neal’s request invalid. But the department changed its position and said the Treasury Department must comply with the request, finding that the previous decision “failed to give due weight to Congress’s status as a co-equal branch of government” and that the request had a legitimate legislative purpose.