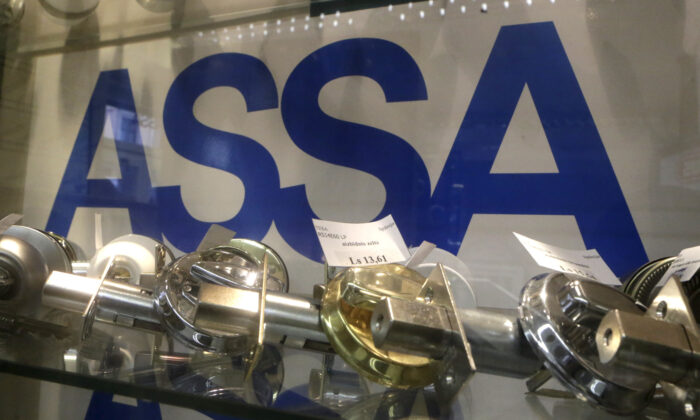 US Sues to Block $4.3 Billion Lock Deal Between Assa Abloy and US Rival

WASHINGTON—The U.S. Justice Department has sued to block a $4.3-billion proposed deal by Assa Abloy AB to buy a division of Spectrum Brands Holdings Inc that makes residential door hardware, the department said in a statement on Thursday which said the deal could lead to higher prices for consumers.

The department said that a merger of Assa Abloy and Spectrum’s Hardware and Home Improvement division could mean higher prices and reduced innovation for homeowners who want to buy premium mechanical door hardware or smart locks.

“Competition between these two companies, which are two of the three largest companies in an already concentrated industry, has benefited American consumers in the form of lower prices and better quality,” said Assistant Attorney General Jonathan Kanter of the Justice Department’s Antitrust Division in a statement.

The department said that the deal, if it went forward, would give Assa Abloy a near-monopoly in top-line mechanical door hardware and more than half the market for smart locks, a fast-growing market.

The companies said in a statement that they “strongly disagree with the Department of Justice’s characterization of the proposed transaction, and will vigorously contest” the government’s lawsuit to stop the deal, which was announced in September 2021.

The deal is one of a growing number of transactions that have faced a legal challenge from the Justice Department whose leaders have argued that antitrust laws have been under-enforced. The department has sued acquisitions in books, insurance, sugar production and the defense industry.

The complaint was filed in the U.S. District Court for the District of Columbia.

By Diane Bartz and Doina Chiacu