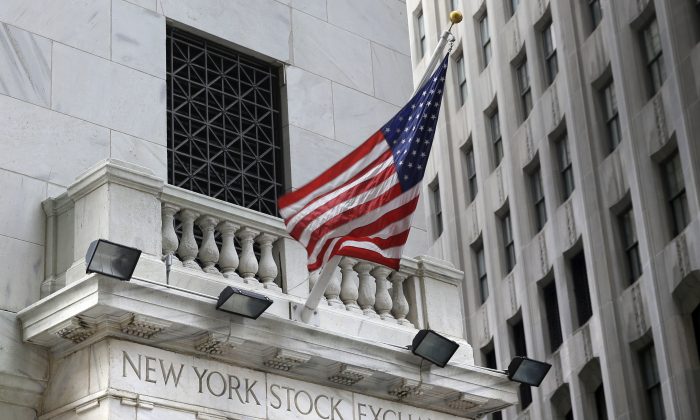 The Dow was up about 30 points before the Fed’s decision was announced. Utilities and phone companies, which pay big dividends and are more attractive investments when interest rates are low, made substantial gains. Banks, whose profits suffer when interest rates remain low, fell.

WHAT THE FED SAID: The Federal Reserve said the economy has gotten a bit stronger after some shaky results in the spring, but it left its key interest rate unchanged. The central bank said the argument for raising rates has “strengthened.” The Fed raised interest rates in December, but hasn’t made another move since. That interest rate was cut to zero in late 2008 and at its current pace it will take many years for rates to get back to their pre-financial crisis levels.

Stocks wobbled over the last few weeks as investors wondered if the Fed would raise rates this month. In the end, three of the 10 decision makers supported raising rates now. Investors doubt the Fed will take action in November, when it meets right before the presidential election, but they think there’s a good chance rates will rise in December.

BONDS: Bond prices changed course and moved higher. The yield on the 10-year Treasury note fell to 1.67 percent from 1.69 percent.

CHECKS IN THE MAIL: FedEx boosted its forecasts for the year as it projected a record holiday season, and the shipping company posted better first-quarter results than analysts had expected. The stock rose $10.29, or 6.3 percent, to $172.94.

Mylan edged up 36 cents to $41.62 Wednesday, but it’s down 14 percent since Aug. 19. The price of a two-pack of EpiPens has jumped more than 500 percent over the last decade to more than $600, and Mylan is getting ready to start selling a version that costs about half as much.

Drug companies, especially ones that make costly biotech products, have been hammered over the last year by repeated controversies over drug prices. Amgen lost 46 cents to $172.92 while Alexion Pharmaceuticals gave up $2.10, or 1.6 percent, to $129.63.

BANK OF JAPAN: Japan’s central bank made some technical changes that give it more influence over long-term interest rates. It said it will continue trying to stimulate the Japanese economy until inflation is higher than 2 percent a year, but it didn’t reduce interest rates any further. Some analysts thought the central bank would take further steps to bolster economic growth. Those steps could have weakened the yen. Since they weren’t, the dollar fell to 100.46 yen from 101.84 yen.

BUYBACKS: Microsoft said it will buy back $40 billion in stock and also raised its quarterly dividend. The technology giant’s stock rose 60 cents, or 1.1 percent, to $57.41. Retailer Target said it plans to buy back $5 billion in company stock, and its shares gained 47 cents to $69.09.