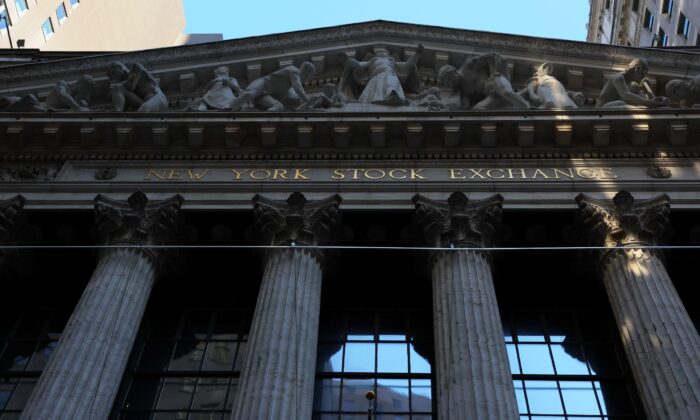 Stocks gave back some of their recent gains Thursday as a choppy day of trading on Wall Street ended with a mixed finish for the major indexes.

Energy stocks, the biggest gainers in the benchmark S&P 500 so far this year, were the biggest drag on the market as the price of U.S. crude oil fell below $90 per barrel for the first time since early February, before Russia’s invasion of Ukraine.

Gains in technology stocks, retailers, and elsewhere helped keep the losses in energy, health care and other sectors in check.

The muted trading came as investors continued to review the latest updates on the economy and corporate earnings ahead of the government’s monthly snapshot of the nation’s job market Friday.

Investors are eyeing jobs data to gauge whether any tightening in the labor market might prompt the Federal Reserve to eventually ease up on its interest rate hikes as it fights inflation, potentially lessening the chance of the central bank bringing on a recession.

“They wanted to quell demand and temper inflation and they wanted to do so without unduly impacting the labor market in a negative way,” said Katie Nixon, chief investment officer for Northern Trust Wealth Management. “So far, the Fed is going to assess all of this as according to plan and they’re going to keep going.”

All of the major indexes except for the Dow are on pace for weekly gains after rallying Wednesday.

Stocks have meandered this week, leaving major indexes mostly higher. August’s gain follows a standout July that was the S&P 500′s best month since late 2020. But markets remain volatile as investors try to determine the economy’s path ahead amid the highest inflation in four decades and efforts from central banks to fight higher prices.

Companies have been raising prices on everything from food to clothing to help offset the impact of inflation on supply chains, but the pressure has become too much for many consumers. A surge in gasoline prices throughout the year worsened inflation and prompted spending cutbacks.

The Federal Reserve has been aggressively raising interest rates to try and slow the economy and fight inflation, along with other central banks. The Bank of England on Thursday initiated its biggest rate hike in more than a quarter century.

Recent economic data from retail sales and employment reports has shown that the economy is already slowing down.

The surge in consumer demand and lack of supplies for many goods initially drove inflation. The resulting higher prices have now prompted consumers to ease off of spending. But, the Fed’s aggressive interest rate policy has investors concerned that the central bank could hit the brakes on the economy too hard and veer it into a recession.

The yield on the 10-year Treasury fell to 2.66 percent from 2.74 percent late Wednesday.

A bright point in the broader economy has been a strong employment market. New data from the Labor Department on Thursday showed the number of Americans applying for jobless benefits last week rose in line with expectations, as the number of unemployed continues to rise modestly.

The latest data follows updates earlier this week showing that job openings eased, but still remain at record highs. The Labor Department’s July jobs report on Friday is expected to show some signs of tightening.