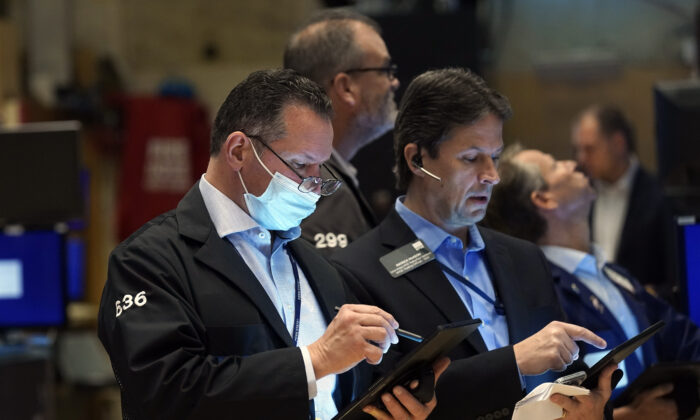 U.S. stock futures and crude oil prices slumped on Nov. 30 amid a broader risk-off pivot in markets after Moderna’s CEO said that existing vaccines will be far less effective against the Omicron variant.

Monday trading saw U.S. stock indexes and other risk assets recover amid apparent dip-buying after a shellacking on Black Friday sparked by Omicron-related headlines, with markets hit by a fresh wave of risk-off jitters on Tuesday, after Moderna CEO Stéphane Bancel said in an interview that he predicts current COVID-19 vaccines will be far less effective against the Omicron variant due to the high number of mutations on the spike protein.

“There is no world, I think, where [the effectiveness] is the same level … we had with Delta,” Bancel told the Financial Times. “I think it’s going to be a material drop. I just don’t know how much because we need to wait for the data. But all the scientists I’ve talked to … are like ‘this is not going to be good.’”

Bancel said that the high number of mutations on the protein spike that the virus uses to infect human cells meant it was likely the current crop of vaccines would need to be modified.

He added that he believes it could be months before pharmaceutical companies can manufacture vaccines at scale to combat the Omicron variant.

Federal Reserve Chairman Jerome Powell believes the Omicron variant and a recent rise in COVID-19 cases pose a threat to the U.S. economy by reducing “peoples’ willingness to work in person, which would slow progress in the labor market and intensify supply-chain disruptions,” according to testimony prepared for delivery to a Senate panel on Tuesday.

The World Health Organization (WHO) named the Omicron strain, which was discovered in South Africa less than a week ago, as a “variant of concern” (VOC) on Nov. 26, sparking travel bans to several African nations.

On Monday, the WHO posted a technical brief on Omicron, saying it is likely to spread internationally, posing a “very high” global risk of infection surges that could have “severe consequences” in some areas.

“The overall global risk related to the new VOC Omicron is assessed as very high,” the agency added.

While Omicron was already as far afield as Canada and Australia, a South African doctor who had treated cases said symptoms of the virus were so far mild.