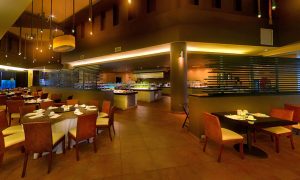 The U.S. State Department confirmed the death of a Georgia man who was vacationing in the Dominican Republic.

Tracy Jerome Jester Jr., 31, of Forsyth, died in March due to respiratory issues, reported ABC News, citing his mother, Melody Moore. He was staying at a resort with his sister at the time of his death.

“We can confirm the death of a U.S. citizen in the Dominican Republic in March 2019,” a State Department spokesperson told ABC on July 14. “We offer our sincerest condolences to the family for their loss. Out of respect for the family during this difficult time, we do not have additional information to provide.”

Her daughter told her that Jester “just dropped to his knees and started throwing up blood, and was calling for Mama,” she told ABC. Hours later, she said, “he was gone.”

There is no immediate evidence that links Jester’s death with any other American tourist deaths in the beleaguered Caribbean nation amid heightened media scrutiny.

More told WSB-TV in Atlanta that she spoke to Jester when he was in the country. He informed her that he drank a soda that tasted unusual, she said.

The next day, his sister called Moore saying that Jester was struggling to breathe.

An American man died while vacationing in the Dominican Republic in March, the U.S. State Department and the man’s family told @ABC News — making him the 11th American tourist to die in the Caribbean country since June 2018. https://t.co/33LgsrfiGa

His sister, who was not named, called 911 but to no avail.

According to ABC, Jester’s body was returned back to the United States in April.

Amid the spate of reported tourist deaths in the country, Moore said that she wants to know what happened.

“I would like to know the truth,” she said.

“Being a mom, I want to go to where he was, where he died at last. Something is wrong, my son is gone. Something is really wrong,” Moore told WSB-TV.

She also told the outlet that her son had Lupus, ABC reported, but WSB noted that she said he was healthy and never had any health problems. It’s not clear if lupus was connected to his death.

Carlos Suero, who works for the Ministry of Public Health in the Dominican Republic, said that there has been “hysteria” surrounding the tourist deaths in the country, reported the Daily Mail.

Suero suggested that the reports are an attempt to subvert the country’s tourism industry.

“It’s all a hysteria against the Dominican Republic, to hurt our tourism, this is a very competitive industry and we get millions of tourists, we are a popular destination. People are taking aim at us,” he said.

Earlier this month, the head of the Hard Rock resort chain is claiming that “different water” might have accounted for the mysterious deaths of American tourists in the Dominican Republic in the past year.