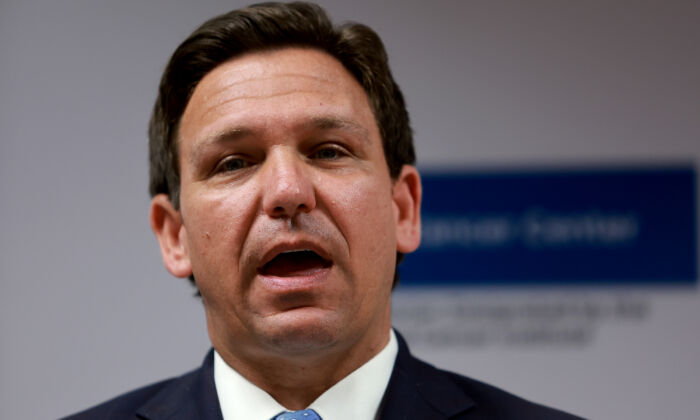 The Special Olympics has pulled its COVID-19 vaccine requirement after legal threats from Florida officials.

The organization announced on June 2 that it made the move “as demanded by the state of Florida officials on May 27, based upon the Florida Department of Health’s interpretation of Florida law.”

“Delegates who were registered for the Games but were unable to participate due to the prior vaccine requirement, now have the option to attend,” the organization said. “For 54 years, Special Olympics has been brave in the attempt. We don’t want to fight. We want to play.”

According to a letter sent to the Special Olympics this week and obtained by The Epoch Times, Florida health officials determined that the organization would be fined $27.5 million because of its refusal to rescind the requirement that delegates show proof of vaccination to attend the games.

Florida law states that businesses, including charities, cannot require patrons or customers to provide proof of COVID-19 vaccination or post-infection recovery. The law authorizes the Florida Department of Health to impose a fine of up to $5,000 for each violation of the law.

“How can you force people to take a vaccine in order to stop transmission when that vaccine is not effective at stopping transmission?” Ladapo said. “You don’t have to go to medical school to know that doesn’t make sense.”

Florida health officials tried for six months to convince the organization to not impose a vaccine requirement but when that failed, turned to fines, Ladapo said.

“I hope that as many athletes as possible will now be able to participate, now that they’ve changed the policy,” he said. “I hope that they’re going to really make some strong efforts to help people who are now scrambling to buy tickets and, and obtain secure, secure accommodations to be here and to be big and to compete.”

Florida Gov. Ron DeSantis, a Republican, said that “a significant number” of athletes were in limbo because they didn’t want to get a vaccine. Many have recovered from COVID-19, which gives them a level of protection that many studies indicate is higher than that bestowed by vaccines, he added.

The 2022 Special Olympics are being held in Orlando from June 5 through June 12.

Elaine Valley, the mother of a Special Olympian, Isabella, said she was “shocked and excited” about the turn of events. Another Special Olympian, Frank, said he wouldn’t have been able to participate if the mandate was kept in place.