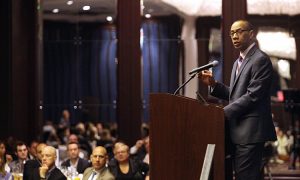 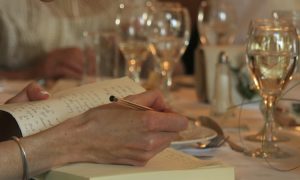 Poems Are Good For You and Can Help You Heal
0 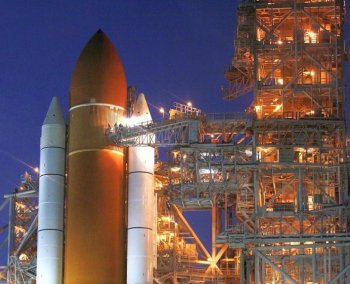 READY TO LAUNCH: Space shuttle Discovery sits on the launch pad as it is prepared for a scheduled Feb. 24 launch at Kennedy Space Center in Cape Canaveral, Fla. Space is a fragile place, not ruled by any nation, yet vital to modern military operations and modern lifestyles. (Joe Raedle/Getty Images)
US

By Joshua Philipp
Print
The world was caught off guard in 2007 when the Chinese regime blasted its Fengyun-1C spacecraft out of orbit, sending thousands of shards pummeling in all directions.

The act was a wake-up call for the international community—a handful of such incidents could render entire orbits unusable, since each destroyed satellite could have a butterfly effect of destruction, sending even more scrap pieces hurling through orbit.

Space is a fragile place, not ruled by any nation, yet vital to modern military operations and modern lifestyles. To help protect this domain, the U.S. government unveiled its National Security Space Strategy (NSSS) on Feb. 4, bringing with it a set of standards for space. The report raises concern around three main areas, namely that “space is becoming increasingly congested, contested, and competitive.”

The U.S. Department of Defense (DOD) is tracking close to 22,000 man-made objects in orbit, 1,100 of which are active satellites. As more countries and even businesses send satellites and other objects into orbit, the need for standards becomes more pressing.

The main threat to satellites used to be launch failure, yet “now many countries can hold space systems at risk through kinetic and non-kinetic means.

Some nations are even jamming satellite signals to censor news, illustrating how counter space capabilities can be used for political as well as military purposes,” said Deputy Secretary of Defense William J. Lynn in a transcription of a Nov. 3 speech at the U.S. Strategic Command Space Symposium.

U.S. business is also taking a fall in space services. It used to hold close to 75 percent of global business, but has dropped to between 30 and 40 percent, according to Lynn.

Lynn said Obama’s new space strategy brings “a move toward the sustainability and stability of the space domain; a new emphasis on international cooperation; an expansion of how we protect space systems in a contested environment; and, finally, the improvement of our space acquisition process.”

According to a DOD summary, the space strategy program, NSSS, “draws on all elements of national power and requires active U.S. leadership in space.” It will include establishing partnerships with “responsible nations, international organizations, and commercial firms” and will “promote responsible, peaceful, and safe use of space.”

It also includes strategy to deter “aggression against space infrastructure that supports U.S. national security,” and states the United States will “prepare to defeat attacks and operate in a degraded environment.”

The original space policy was set in motion when President Dwight Eisenhower signed the National Aeronautics and Space Act of 1958. It was at a time, however, when the only competition the United States had in space was the USSR.

The United States has been a world leader in space exploration, yet 60 nations now have a presence in space, and “the skies over earth are so cluttered with debris that further collisions could eventually put some usable orbits in jeopardy.”

China’s space militarization is often raised when space security is mentioned—not only due to the 2007 incident, but also because of the country’s military interest in space.

“Everybody in the world has seen how critical space is for U.S. military dominance around the world and it’s why China ends up playing with anti-satellite technologies. It’s an asymmetrical way to challenge U.S. dominance in space in U.S. military dominance on the earth,” Nathan Hughes, a military analyst with geopolitical intelligence company Stratfor, told The Epoch Times in an earlier interview.

He added that although China’s anti-satellite capabilities are still unclear, “It’s not limited to actual physical destruction. There are reports out there that they have been using lasers to blind satellites to either temporarily or permanently disable them without destroying them. So you don’t get the debris impact and it’s much more difficult to trace back.”

The United States is “stuck in a bind” with China on space security, according to a report from the Union of Concerned Scientists. China’s interest in space has had a military edge, and “China’s broad investment in space technology in the 1980s included funding for military space programs,” according to the report.

Whether China will cooperate with the latest U.S. strategy for space is still to be determined, yet according to the report, “many in China’s space community resent U.S. policies, such as China’s exclusion from the International Space Station, export controls that have severely restricted China’s ability to participate in the international launch services market, and highly restrictive visa policies for Chinese space professionals.”

China isn’t the only country engaging in such activities. “Iran and others have demonstrated the ability to jam satellite signals. Our reliance on space tempts potential adversaries to see it as a vulnerability to be exploited,” said Ambassador Gregory L. Schulte deputy assistant secretary of Defense (acting) for Space Policy in a Nov. 30, 2010, transcript.

The latest strategy on space may help reduce such threats, however, as “Resiliency and mission assurance can help protect critical capabilities in crisis and conflict,” Schulte said. “Moreover, to the extent we develop and demonstrate resilience and mission assurance, potential adversaries may be dissuaded in peacetime from pursuing counterspace capabilities.”