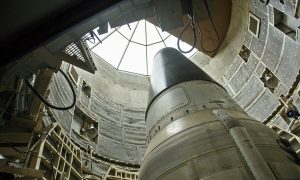 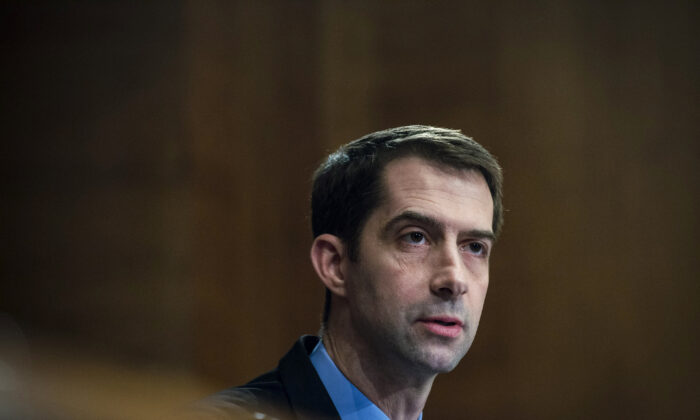 Sen. Cotton Calls for US Exit From Nuclear Test Ban Treaty After Report of Chinese Testing

A U.S. senator is calling on the Trump administration to withdraw from an international pact banning nuclear weapons tests in response to a report that the Chinese regime may be secretly conducting small nuclear tests.

A State Department report stated concerns that China may have secretly set off low-level underground nuclear test blasts at its Lop Nur site throughout 2019, The Wall Street Journal reported on April 15.

While the report didn’t provide direct evidence of such tests, it cited a range of activities at the site that “raise concerns” that Beijing may be in breach of the 1996 Comprehensive Test Ban Treaty (CTBT), which sets a “zero-yield” standard for test blasts. Zero yield refers to a nuclear test in which there is no explosive chain reaction of the type ignited by the detonation of a nuclear warhead.

“It’s foolish to trust anything the Chinese Communist Party says, especially when it comes to grave matters like nuclear testing,” Sen. Tom Cotton (R-Ark.) said in a statement.

“Beijing is modernizing its nuclear arsenal while the United States handcuffs itself with one-sided arms-control restrictions. China has proven it can’t work with us honestly and transparently. We ought to unsign the Comprehensive Nuclear Test Ban Treaty.”

The United States and China have signed the CTBT but haven’t ratified it. Both say they are complying with its terms. The pact still needs ratification by 44 countries to become international law.

The Chinese regime has denied the allegations in the State Department report.

A senior U.S. official said the concerns about China’s testing activities buttress President Donald Trump’s case for getting China to join the United States and Russia in talks on an arms control accord to replace the 2010 New START treaty between Washington and Moscow that expires in February 2021.

New START restricted the United States and Russia to deploying no more than 1,550 nuclear warheads, the lowest level in decades, and limited the land- and submarine-based missiles and bombers that deliver them.

“The pace and manner by which the Chinese government is modernizing its stockpile is worrying, destabilizing, and illustrates why China should be brought into the global arms control framework,” the senior U.S. official said, on condition of anonymity.

China has repeatedly rejected Trump’s proposal, arguing its nuclear force is defensive and poses no threat.

He noted that many of China’s ballistic and cruise missile arsenal, though they carry non-nuclear warheads, have the capability to carry a nuclear payload.

“China likes to tell visiting foreign experts that it has not deployed any tactical nuclear weapons, but such statements can also be considered to be deceptive in light of China’s many new missiles that could carry a small nuclear warhead,” Fisher said in an email.

The United States shouldn’t ratify the CTBT, Fisher said, because of “China’s actions to conceal its possible low yield nuclear testing activity.” If Washington were to do so, then it “would be held to its legal requirements while dictatorships like China will violate it and be deceptive.”

“The Administration is correct to seek new nuclear arms limitation agreements with Russia and China, but given China’s longstanding refusal to engage in such negotiations and its current missile buildup, it remains very important for the U.S. to remain focused on improving its all-around nuclear and missile deterrent capabilities.”