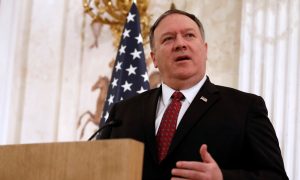 The Conflict Over Citizenship Is Bigger Than Question on Census
0 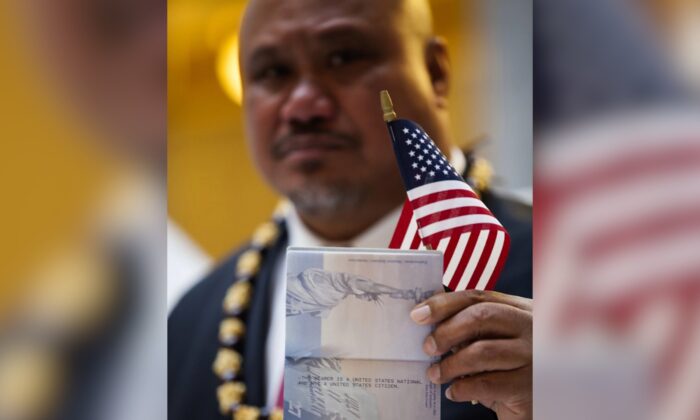 John Fitisemanu, an American Samoan and the lead plaintiff in a lawsuit against the United States seeking full U.S. citizenship. (Katrina Keil Youd/Equally American via AP)
US News

US Should Recognize American Samoans as Citizens, Judge Says

SALT LAKE CITY—People born in the territory of American Samoa should be recognized as U.S. citizens, a federal judge in Utah decided Thursday in a case filed amid more than a century of legal limbo but whose eventual impact remains to be seen.

The cluster of Pacific islands southwest of Hawaii is the only place in the country without an automatic claim to citizenship. People born there are labeled U.S. nationals, meaning they pay taxes but cannot vote, run for office, or apply for certain government jobs.

U.S. District Judge Clark Waddoups sided with three people from American Samoa who sued to be recognized as citizens. He ruled that the Utah residents are entitled to birthright citizenship under the 14th Amendment to the Constitution and ordered the government to issue them new passports.

It wasn’t immediately clear if the ruling applies outside Utah, which has a large number of people who hail from the territory and other Pacific island communities.

Congress has allowed people born in other American territories like Puerto Rico, Guam and the U.S. Virgin Islands to claim birthright citizenship over the years.

But American Samoa’s population of about 55,000 has fallen to the wayside. Their passports say, “This bearer is a United States national and not a United States citizen.”

The State Department did not have an immediate comment on the ruling.

The U.S. Supreme Court declined to take up the issue in 2016 after a lower court found the constitutional guarantee of birthright citizenship didn’t apply to American Samoa.

If the new ruling out of Utah is affirmed by an appeals court, it could create a “circuit split” and put pressure on the high court to step in.

“The takeaway from the ruling is that people born in American Samoa living in Utah are now U.S. citizens, and they have all the same rights as other Americans, including the right to vote,”said Neil Weare, president of Equally American and one of the attorneys representing the plaintiffs. “These individuals can now go and register to vote and participate in state, federal and local elections.”

American Samoans are able to pursue naturalized U.S. citizenship, but it costs $725 to apply, plus legal fees to hire an attorney to help navigate the process.

The American Samoan government, meanwhile, has argued that automatic U.S. citizenship could undermine local traditions and practices, including certain rules that restrict land ownership only to those of Samoan ancestry.

By Lindsay Whitehurst and Jennifer Kelleher