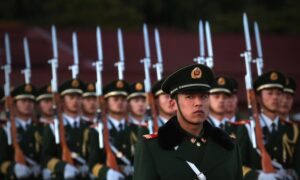 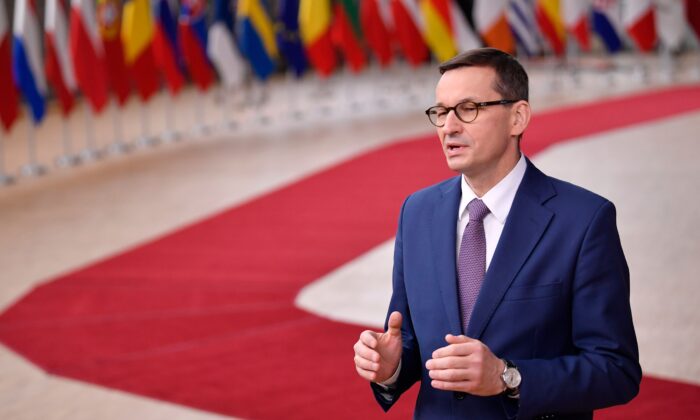 US Should Emulate Poland on Fining Big Tech Censors

Who knew years ago that the United States would be lagging far behind countries such as Poland and Hungary in free speech?

They evidently learned something from years under the iron fist of the Soviet Union.

The Poles are proposing new laws that would impose fines of $13.5 million on Big Tech social media companies that censor users or remove posts for ideological reasons. Their prime minister, Mateusz Morawiecki, put it this way, ironically in a post on Facebook:

He sounds more like Jefferson or Madison than our namby-pamby politicians who thus far—in the midst of the Goebbels-like “cancel culture”—wish to do little more than reform Section 230 so that it may, depending on the wording, make Big Tech somewhat more responsible for what it publishes.

In our corrupt system, those same Big Tech mega-donors have essentially bought our leaders. They have become virtual toadies (pun intended) to their tech masters, doing little more than holding meaningless hearings that often have the opposite effect from what was intended.

So we have been left with that cancel culture that not only stifles our democracy, it bores into the brains of our children, making them terrified to pursue the truth, a new generation of quiescent potential totalitarians.

We, and they, have to listen politely to, be inundated by, actually, reactionary intellectual garbage such as systemic racism and critical race theory without being allowed to contradict it ourselves, lest we be canceled by social media or, worse, lose our jobs.

Why shouldn’t the other side have to listen to our supposedly traditional, fuddy-duddy values from the Bill of Rights?

As Chairman Mao put it, “Let a hundred flowers bloom, let a hundred schools of thought contend.” (Mao was lying about that, but we shouldn’t.)

The root of cancel culture is abject fear. If you weren’t afraid of your opponent’s ideas—maybe even suspect they were right—you wouldn’t be so intent on canceling them.

Some of that lies behind the behavior of Big Tech. Also at play is a kind of developmental ignorance augmented by groupthink.

The founders and executives of these companies are trained technically (often to the point of genius) and economically, but hardly steeped in political philosophy. Almost all of them come from a generation when civics was rarely if ever taught in schools—or if it was, only in the most cursory manner.

Yes, some of this can be corrected by creating alternative structures such as Parler, but only to a limited extent. Besides having to compete with companies that have a distinct, even dominant, “first mover” advantage, these same new structures, admirable as they may be and despite their pledges of “openness,” become nearly mirrors of their more totalitarian opposites, dividing our already divided society yet more.

Everyone chooses up sides and ends up “preaching to the choir.”

Is that how to govern a republic in the 21st century? I doubt it’s the way to “keep it,” as Benjamin Franklin famously warned.

The Poles have a better approach. What is inherent in their fines is forcing social media into being public squares without a flotilla of jejune twentysomethings censoring every opinion they believe (or are told to believe) is out of line.

I generally lean libertarian, but in this case, I’m for putting that ideology aside (all ideologies have limitations) and making these companies public utilities.

Time for our politicians to put on their proverbial big boy (or girl) pants, give up those donations for a change, and follow the lead of modern Poland.