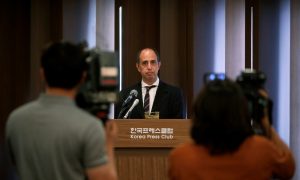 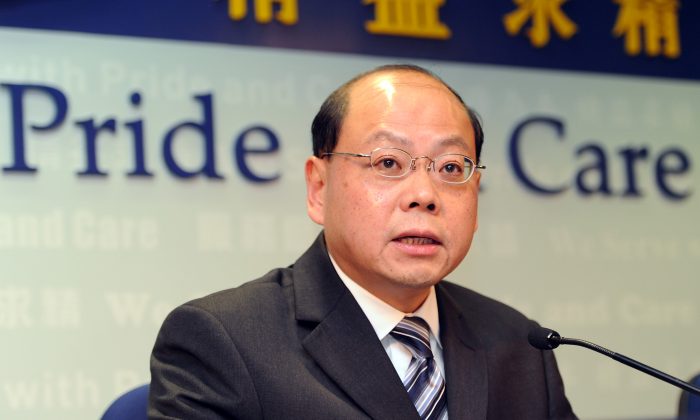 The Chinese regime in June nominated Andy Tsang Wai-hung to be the next leader of the Vienna-based United Nations Office on Drugs and Crime. Tsang, 61, led the Hong Kong Police Force in dealing with mass pro-democracy protests in 2014 known as the Umbrella Movement, and has been criticized for his hardline tactics against protesters.

His nomination has been opposed by many in Hong Kong, which is currently in the midst of sustained unrest over an extradition bill and Beijing’s growing encroachment into the city. Citizens have recently criticized police for using violent tactics to disperse anti-extradition-bill protesters and are demanding an independent investigation into their use of force.

Cruz, who is on the Senate Foreign Relations Committee, also voiced his concerns about the move, and urged the administration to thwart the Chinese regime’s ambitions.

“The Chinese Communist Party has systematically pursued a policy of joining and exploiting international organizations to advance their agenda. The pattern is the same across issues as varied as the WTO, Internet governance, Interpol, and human rights bodies,” he told Fox News in a statement on Sept. 11.

“The UN has no business putting yet another Communist Party cutout in a leadership position, especially one with a direct history of advancing China’s abuses in Hong Kong. The Trump administration should use its voice and vote to block this appointment.”

Tsang earned the nickname “Vulture” for his hardline stance during the months-long Umbrella Movement, that included deploying teargas on peaceful protesters calling for universal suffrage in the city’s elections.

He is currently the deputy director of China’s National Narcotics Control Commission, the country’s top anti-drugs body. The commission oversees Chinese enforcement on the production and smuggling of fentanyl, the synthetic drug that is fueling the deadly opioid crisis in the United States. The overwhelming majority of fentanyl and fentanyl-related substances is manufactured in China.

The Trump administration has repeatedly criticized the Chinese regime for not doing enough to crack down on fentanyl. In early August, President Donald Trump decided to impose fresh tariffs on around $300 billion of Chinese goods, in part because the regime failed to deliver on its pledge last year to stem the flow of fentanyl into the United States.

Meanwhile, an Aug. 28 White House petition calling on the administration to reject Tsang’s nomination has garnered more than 100,000 signatures, the number required for an official response to petitions.

The appointment decision rests with U.N. Secretary General Antonio Guterres, who is expected to consult with the five permanent members of the U.N. Security Council–China, the United States, Britain, Russia, and France—on the decision.

The Chinese regime is the second largest financial contributor to the U.N. after the United States. Four of the 15 U.N. specialized agencies are headed by Chinese nationals.