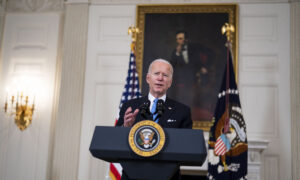 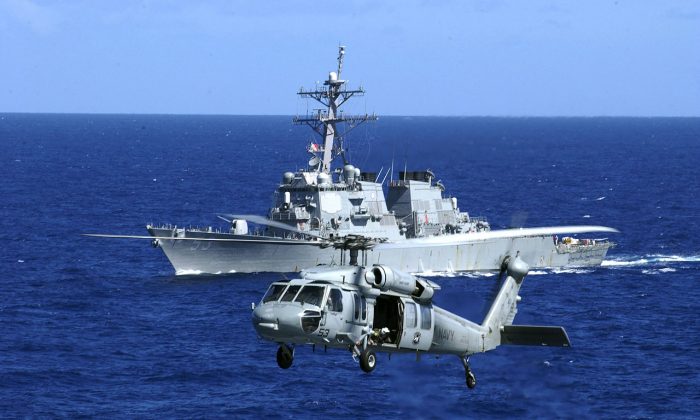 An MH-60S Seahawk flies near the guided missile destroyer USS John Paul Jones (DDG 53) during a vertical replenishment. On Aug 30, the John Paul shot down a medium range ballistic missile during a test exercise off the coast of Hawaii. (Airman Dylan Butler/U.S. Navy)
US

US Shoots Down Ballistic Missile Off Coast of Hawaii, Proves Upgraded Defense Works

The U.S. Missile Defense Agency (MDA) looks to have another defense against medium-range ballistic missiles after Navy sailors aboard the USS John Paul Jones shot one down off the coast of Hawaii Wednesday, Aug 30.

The company touts the SM-6 the only all-in-one missile capable of anti-air and anti-surface warfare as well as a sea-based ballistic missile defense.

“Earlier this year, our customer requested an enhanced capability to deal with a sophisticated medium-range ballistic missile threat,” said Mike Campisi, Raytheon’s SM-6 senior program director. “We did all this—the analysis, coding, and testing—in seven months; a process that normally takes one to two years.”

The radar used to track the target missile and guide the SM-6 is also an upgrade, part of Lockheed Martin’s effort to keep the Aegis radar system up-to-date with evolving threats.

“This latest test continues to demonstrate the cutting-edge capabilities and reliability of the Aegis Baseline 9 system,” he said.

It comes the day after North Korea conducted its most provocative missile test yet, firing a Hwasong-12 ballistic missile on Tuesday morning over Japan.

The test was immediately denounced by Japan’s Chief Cabinet Secretary Yoshihide Suga, as “a grave and serious threat to the security of Japan.”

North Korea has launched more than 30 ballistic missiles “that could become the delivery means of weapons of mass destruction,” noted Suga.

Those actions and the regime’s belligerent statements have helped push U.S. allies in the region closer together, especially Japan and South Korea.

In recent weeks, the three countries have pledged to deepen trilateral cooperation and military coordination.