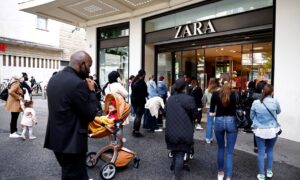 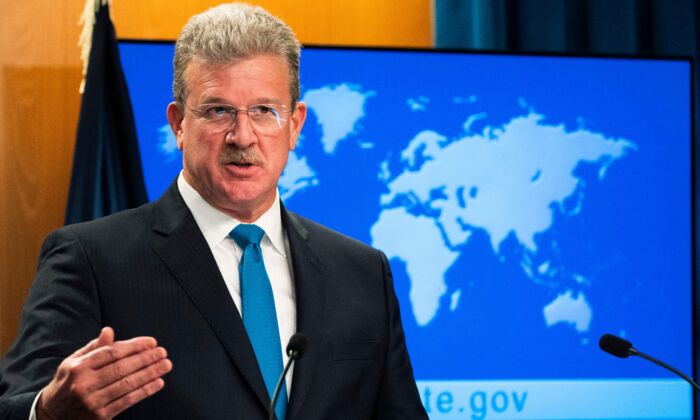 US Shines a Spotlight on Xinjiang Genocide in Atrocities Prevention Report

The U.S. Department of State drew attention to Beijing’s ongoing “genocide and crimes against humanity” in China’s far-western Xinjiang region in an annual congressional report released on Monday.

The 2021 report on genocide and atrocities prevention highlights the Chinese regime as a “Country of Particular Concern” for the “genocide and crimes against humanity against Uyghurs, who are predominantly Muslim, and members of other ethnic and religious minority groups in Xinjiang.”

“The crimes against humanity include imprisonment, torture, enforced sterilization, and persecution,” said the report.

The 2021 Congressional Report Pursuant to the Elie Wiesel Genocide and Atrocities Prevention Act was released by Secretary of State Antony Blinken.

For the first time, this year’s report detailed six specific countries where the genocide occurred, including Burma, Ethiopia, China, and Syria.

“We believe it’s important … to put a spotlight on these activities. That’s one of the best ways from preventing them from happening again in the future. And so this report is meant to put a spotlight on bad behaviors that we hope to stop,” said Acting Assistant Secretary for the Bureau of Conflict and Stabilization Operations Robert Faucher in a press briefing on Monday.

The report said the United States had taken measures to prevent the crimes through export controls, visa restrictions, and sanctions.

Two government entities and six current or former government officials were sanctioned in connection with serious human rights abuses in Xinjiang in July 2020. Another two officials were added to the sanction list of the United States, European Union, the United Kingdom, and Canada in March 2021.

The United States placed additional visa restrictions on Chinese officials “believed to be responsible for, or complicit in” crimes against Uyghurs and other Muslim minorities.

Twenty-four Chinese entities involved in the human rights violations were added to the Department of Commerce’s Entity List, subjected to specific license requirements for the export, re-export and/or transfer (in-country) of the specified items.

“We’ll use all of the tools that are at our disposal, including diplomacy, foreign assistance, investigations in fact-finding missions, financial tools and engagements, and reports like this one, which raises awareness and allows us to generate coordinated international pressure and response,” Blinken spoke about the release on Monday.

The Elie Wiesel Genocide and Atrocities Prevention Act was adopted under the Trump administration in 2018 with strong bipartisan support, identifying atrocity prevention and response as a critical U.S. national security interest that institutionalizes interagency coordination.

On July 7, Blinken talked with a group of Uyghurs on a virtual meeting to get first-hand stories “of the ongoing atrocities in Xinjiang.”

More than 1 million Uyghurs are being detained in concentration camps, which are described by the communist regime as “vocational training schools.” The Chinese regime has long stonewalled attempts to conduct independent investigations.