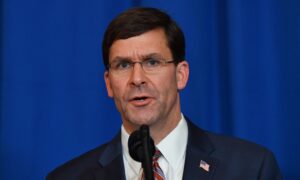 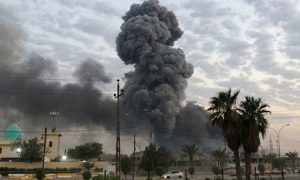 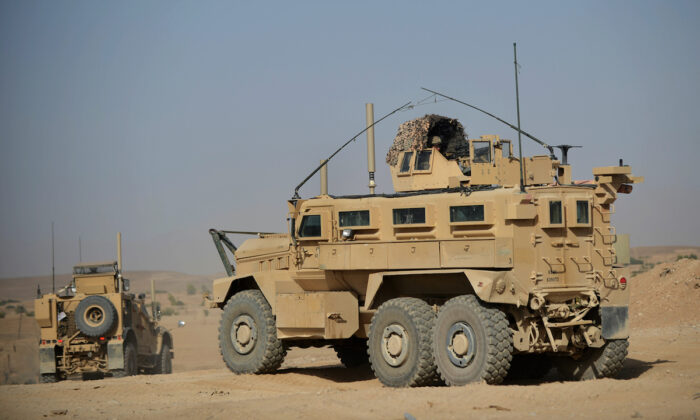 The United States will be deploying additional troops to the Middle East in the coming days, following an attack on the U.S. Embassy in Baghdad, Iraq, defense officials confirmed.

After violent protesters, including members of various Iran-backed groups, gathered outside the U.S. embassy in Baghdad in response to defensive U.S. air strikes on Iraq over the weekend, the Pentagon said that an additional 750 soldiers from the U.S. Army’s 82nd Airborne Division alert brigade were being rapidly deployed to Kuwait. This is in addition to the Marines who are already on location protecting embassy personnel.

“This deployment is an appropriate and precautionary action taken in response to increased threat levels against U.S. personnel and facilities, such as we witnessed in Baghdad today,” U.S. Defense Secretary Mark Esper said in a statement.

Preparations are being made to deploy additional troops over the next several days, it added.

U.S. officials, speaking on condition of anonymity, said that as many as 4,000 troops could be sent to the region in the coming days if needed, according to Fox News. The Epoch Times was unable to independently verify this.

The alert brigade which has been told to prepare for deployment is known as the DRB—the Deployment Ready Brigade—and is made up of about 4,000 paratroopers, Fox News reported. The unnamed officials told the outlet that the brigade had a 96-hour alert window to be dispatched to the region.

More than 5,000 U.S. troops are currently stationed in Iraq supporting local forces, along with their coalition partners. Since May, about 14,000 additional U.S. troops have been deployed to the region amid increased tensions with Iran, according to the Pentagon.

Esper said he authorized the deployment of troops at President Donald Trump’s direction and “in response to recent events in Iraq.”

At the direction of the Commander in Chief @POTUS, I have authorized the deployment of an infantry battalion from the Immediate Response Force (IRF) of the @82ndABNDiv to the @CENTCOM area of operations in response to recent events in Iraq.

Embassy protesters, including supporters of an Iran-backed terrorist group, breached the outer walls of the U.S. embassy in Baghdad on Dec. 31, prompting the deployment of around 100 Marines, part of the Special Purpose Marine Air-Ground Task Force—Crisis Response—Central Command from Kuwait.

Their arrival came after hundreds breached the outer wall, threatening the lives of Americans inside.

None of the terrorists or protesters breached the embassy itself, the State Department said.

Some Iraqi security forces, which include members of the militia, were keeping the groups at bay, but only after the protest turned violent as the crowd hurled stones at buildings and chanted, “Death to America.”

The groups who breached the embassy were ostensibly angry after the U.S. conducted “defensive strikes,” on the headquarters of the militia and terrorist group Kata’ib Hezbollah in Iraq and Syria. The Dec. 29 defensive strikes were approved by Trump in response to the death of a U.S. defense civilian contractor who was killed in a rocket attack on a northern Iraqi military base following weeks of similar life-threatening attacks on bases with U.S. personnel.

Iran killed an American contractor, wounding many. We strongly responded, and always will. Now Iran is orchestrating an attack on the U.S. Embassy in Iraq. They will be held fully responsible. In addition, we expect Iraq to use its forces to protect the Embassy, and so notified!

“Iran killed an American contractor, wounding many. We strongly responded, and always will. Now Iran is orchestrating an attack on the U.S. Embassy in Iraq. They will be held fully responsible. In addition, we expect Iraq to use its forces to protect the Embassy, and so notified!” Trump said in a statement on Dec. 31.

“To those many millions of people in Iraq who want freedom and who don’t want to be dominated and controlled by Iran, this is your time!” Trump wrote.