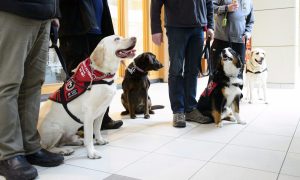 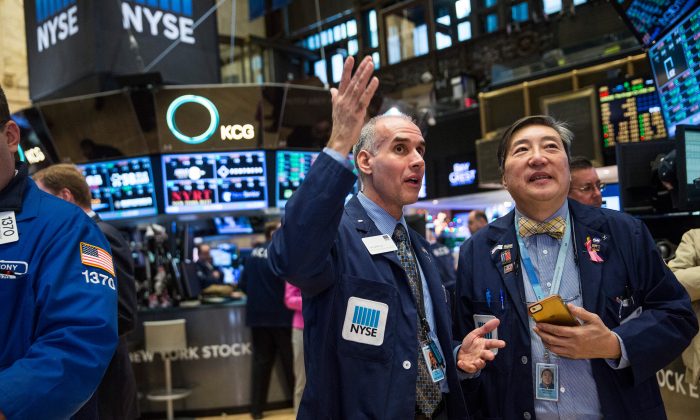 Traders work on the floor of the New York Stock Exchange during the morning of January 8, 2016 in New York. U.S. markets have declined over the past week due to market losses in China. (Photo by Andrew Burton/Getty Images)
Markets

NEW YORK—U.S. services sector activity slowed to a five-month low in December, but remained above a level consistent with solid economic growth in the fourth quarter.

The Institute for Supply Management said on Jan. 7 its non-manufacturing activity index fell to 57.6 last month, the lowest reading since July, from 60.7 in November.

Still the index stayed well above the 50 mark, suggesting expansion of the vast services sector. Analysts polled by Reuters had forecast a reading of 59.0.

Economists said while the drop in the services industries measure echoed recent declines in other business surveys, including the ISM’s manufacturing survey published last week, the reading was still strong by historic standards.

“We have seen a range of different indicators lately that point to some softening in the economy as well as rising recession risks, but we think that the economy will continue to expand at a decent pace despite some moderation in growth,” said Daniel Silver, an economist at JPMorgan in New York.

Growth estimates for the fourth quarter are around a 2.6 percent annualized rate. The economy grew at a 3.4 percent pace in the third quarter.

The dollar fell against a basket of currencies, pressured by growing expectations the Federal Reserve will either pause or halt its interest rate hike cycle. Stocks on Wall Street were trading higher while U.S. Treasury prices were lower.

The ISM described growth as having “cooled,” noting that trade tensions between the United States and China remained a major concern for businesses. It also said that while capacity constraints had eased, finding workers was still a challenge.

A measure of services industries employment fell to a reading of 56.3 last month, the lowest since July, from 58.4 in November. While industries reported a modest increase in new orders amid strong exports, order backlogs declined sharply.

Companies in the wholesale trade industry said they were anticipating “a pullback year in demand for 2019,” citing several factors, including the trade dispute with China, a stock market sell-off, higher mortgage rates as well as labor shortages and higher material costs.

There were concerns in the company management and support services industries about the trade war with China, with companies saying they were expecting “lower profit margins and reduced sales for 2019 until our suppliers can source product from other countries.”

But retailers described business as being “very good.” Companies in the real estate, rental and leasing industries reported business as “exceeding expectations” and anticipated that “2019 should equate or exceed 2018.”

The drop in factory activity and an ebb in consumer confidence had fueled investor fears of a recession. Those fears were allayed on Jan. 4 after a government report showed job growth in December was the largest in 10 months.

“We believe this report adds further weight to the case that the economic data have solid momentum and that fears of a sharp slowing in growth are overblown,” said John Ryding, chief economist at RDQ Economics in New York.