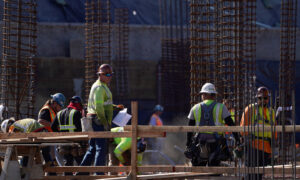 Lower Likelihood of Recession for US Economy: Expert Survey
0 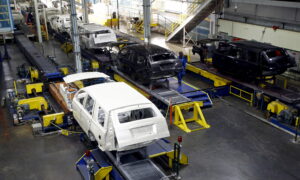 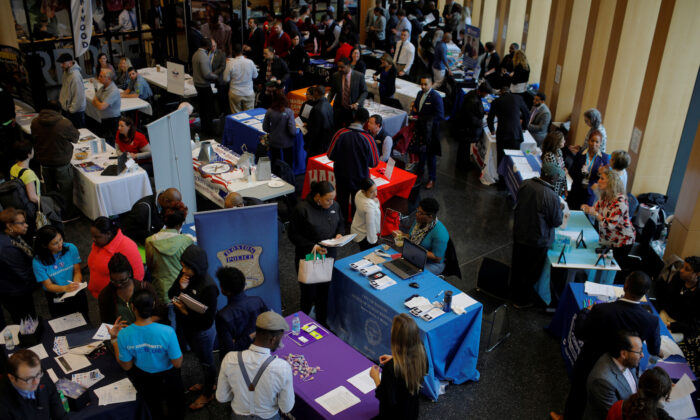 Job seekers speak with potential employers at a City of Boston Neighborhood Career Fair in Boston, Mass., on May 1, 2017. (Brian Snyder/Reuters)
Economies

WASHINGTON—U.S. services sector activity jumped to a one-year high in February, suggesting strength in the economy before a recent escalation of recession fears ignited by the coronavirus epidemic that prompted an emergency interest rate cut from the Federal Reserve.

The economy’s solid fundamentals were also underscored by other data on Wednesday showing private payrolls increased more than expected in February, in part as unseasonably mild weather bolstered hiring at construction sites and in the leisure and hospitality industry.

The Fed on Tuesday slashed its benchmark overnight interest rate by a half percentage point to a target range of 1.00 percent to 1.25 percent, in the U.S. central bank’s first emergency rate cut since 2008 at the height of the financial crisis. Fed Chair Jerome Powell said “the coronavirus poses evolving risks to economic activity.”

The Institute for Supply Management (ISM) said its non-manufacturing activity index increased to a reading of 57.3 last month, the highest level since February 2019, from 55.5 in January. A reading above 50 indicates expansion in the services sector, which accounts for more than two-thirds of U.S. economic activity. Economists polled by Reuters had forecast the index falling to a reading of 54.9 in February.

The ISM said services industries remained “positive about business conditions and the overall economy,” but also noted that “most respondents are concerned about the coronavirus and its supply chain impact.”

In the United States, nine people have died from the illness associated with the coronavirus and the number of infections exceeded 100, raising awareness of the disease among Americans starting the last week of February.

Investors fear the coronavirus epidemic could derail the longest U.S. economic expansion in history, now in its 11th year, through disruptions to supply chains and exports. The damage to the services sector is expected to come mostly through the transportation and tourism industries. Economists expect the coronavirus to restrain economic growth in the first half of the year to around 1.0 percent. The economy grew 2.3 percent in 2019.

The ISM reported on Monday that the manufacturing sector barely grew in February, with several industries saying the flu-like virus was impacting their businesses. So far, however, the vast services sector and labor market appear to be weathering the coronavirus storm.

Labor market strength was reinforced by the ISM survey, which showed its measure of services industry employment increased to a reading of 55.6 in February from 53.1 in January.