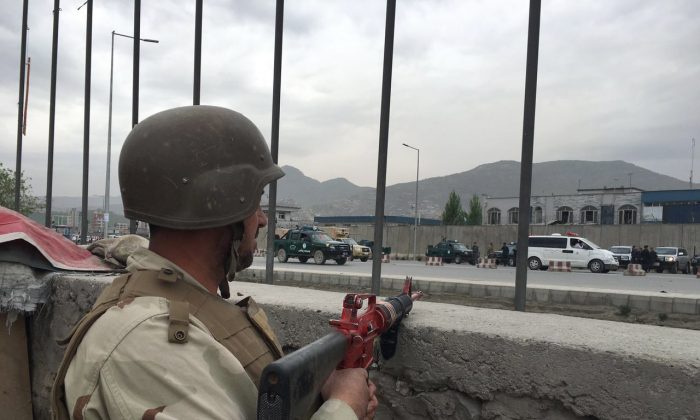 US Service Member Killed in Apparent Insider Attack in Afghanistan

KABUL—One U.S. service member was killed and two others wounded in an apparent insider attack in southern Afghanistan, the NATO-led Resolute Support mission said on Saturday.

In a statement, the Taliban said a member of the Afghan security forces opened fire on U.S. troops in the southern province of Uruzgan, killing four people and wounding several others.

Saturday’s incident comes just over a year after three U.S. soldiers were killed by an Afghan soldier in the eastern province of Nangarhar.

Insider attacks, often known as “green on blue” attacks in which Afghan service members or attackers wearing Afghan uniforms fire on U.S. or coalition troops, have been a regular feature of the conflict in Afghanistan, although their frequency has diminished in recent years.

The Resolute Support statement said the two wounded on Saturday were in a stable condition and the incident was being investigated. But it gave no further details, saying the name of the service member killed would be withheld until next of kin were notified.

Last year, the United States added thousands of additional troops to its forces in Afghanistan, which are engaged in both training and advising Afghan forces and conducting counterterrorist missions against Islamic State and other militant groups.

As in other areas of the war, Afghan units suffer more heavily than coalition units from insider attacks. A Pentagon report last month said there were 47 so-called “green-on-green” attacks, or incidents where Afghan soldiers turn on their own side, so far this year.

By James Mackenzie and Qadir Sediqi