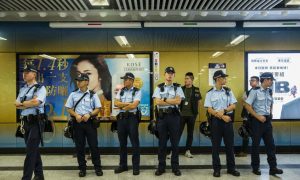 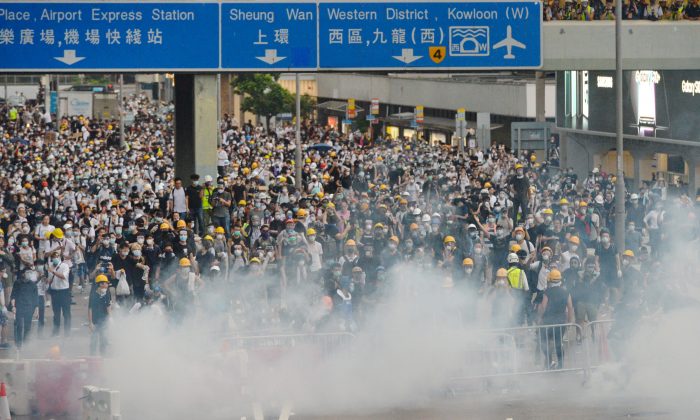 Together, senators released a joint statement voicing their support for the millions of citizens protesting against the Chinese Communist Party (CCP) in Hong Kong.

“The extradition law proposed by Beijing loyalists in Hong Kong would allow political dissidents, minorities, and foreign travelers in Hong Kong to be spirited away to China’s secret police on the mainland,” the senators wrote.

“The people of Hong Kong are assembling in the streets to resist this threat to their freedom and send a message to the Chinese Communist Party,” they added.

The senators remarked that the protestors, mostly young students, are well aware of what transpired in Tiananmen Square in 1989 and so, they understand the risks involved when dealing with the CCP. According to estimates from a secret British diplomatic cable, as many as 10,000 people were killed from June 3 to June 4 when CCP soldiers and military vehicles led a brutal crackdown in Tiananmen Square.

The massacre followed months of protests by thousands of pro-democracy students who rallied in the streets of Beijing, calling for political and economic reforms, and an end to government corruption.

Today, the Tiananmen Square Massacre remains a taboo topic in China under the CCP’s rule. The regime has never acknowledged the student’s concerns and still refuses to release data on the resulting casualties.

Of the protests on June 12, the senators wrote, “The demonstrators’ courage in the face of threats, police batons, and tear gas is an example for the world to follow. We support these demonstrators as they fight for freedom and call on Hong Kong and Chinese authorities to respect their right to peacefully protest.”

We stand w/the people of #HongKong. Their peaceful demonstrations are a strong & profound statement against the extradition bill, which undermines the rule of law & a secure business environment. We urge Chief Executive #CarrieLam to withdraw the bill. https://t.co/FFT3eeJ2Yl pic.twitter.com/S1JKKQvSqs

The Congressional-Executive Commission on China (CECC) also voiced its support for Hong Kong protestors in a tweet on June 13, while calling on Hong Kong Chief Executive Carrie Lam to scrap the bill.

“We stand with the people of Hong Kong,” the tweet read. “Their peaceful demonstrations are a strong & profound statement against the extradition bill, which undermines the rule of law & a secure business environment.”

UK-based NGO Hong Kong Watch issued a statement on June 12 condemning the “excessive use of force” by Hong Kong police officers, including the use of rubber bullets against protestors.

“To describe this protest as a riot is a total misrepresentation of the facts, and should not be allowed to give the police license to commit violent acts with impunity,” the NGO wrote, responding to a statement made by Hong Kong Chief Executive Carrie Lam earlier in the day. Lam had called the protests an “organized riot.”

Police throw tear gas into a crowd of protesters in #Hong Kong.

“The Hong Kong government should immediately drop the proposed extradition legislation in view of the clear opposition of Hong Kong’s population and the severe disquiet expressed by the international community,” the NGO added.

“The ugly scenes of police using tear gas and pepper spray against overwhelmingly peaceful protesters is a violation of international law,” Tam wrote.

Riot police advance on protesters in during a day that descended into chaos in #HongKong.

Locals vowed to fight against the #ExtraditionLaw that would allow people to be sent to mainland China for trial, saying it would cripple the city’s autonomy. #HongKongProtests pic.twitter.com/loIgynOi7i

Tam added that tear gas and rubber bullets, which are inaccurate and indiscriminate, should only be used “in a targeted response to specific acts of violence” and not against peaceful protestors.

“This excessive response from police is fuelling tensions and is likely to contribute to worsening violence, rather than end it.

“We urge the Hong Kong police not to repeat such abuses against peaceful protesters, and instead ensure people can legitimately exercise their rights,” Tam wrote.