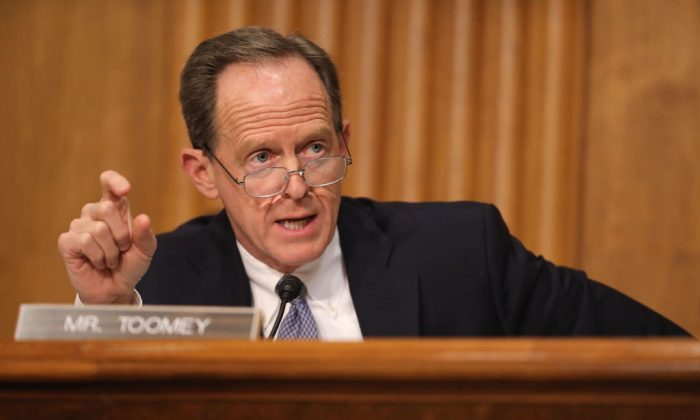 A U.S. senator has expressed concerns about Hong Kong leader Carrie Lam’s intention when she said that a controversial extradition bill was “dead” but refused to withdraw it.

The bill, which has drawn some of the city’s largest-ever protests, would allow any country, including mainland China, to seek extradition of criminal suspects. Responding to public pressure, on June 16, Lam had announced that the bill would be indefinitely suspended.

But protesters have consistently demanded that the bill be withdrawn to ensure it would not reintroduced in the future.

Lam, during a July 9 press conference, said she thought “people might want to hear a more ‘resolute’ remark”—reiterating that the government had no plans to re-table the bill, and that it would “automatically expire” when the current legislative session ends in 2020.

But local rights groups objected to her vague wording and said they would continue to organize protests until the bill is withdrawn.

The same day, during a daily session of the U.S. Senate, lawmaker Pat Toomey (R-Pa.) took to the Senate floor to express his concerns about the political situation in Hong Kong. “Now, just today the Hong Kong Chief Executive [Carrie Lam] said that that the bill is dead; but, it has not been formally withdrawn, as I understand it. I think the threat remains,” he said. A transcript of his speech has been published on his website.

Senator Toomey explained in depth how the bill, first proposed by the Hong Kong government in February, is a threat not only to Hongkongers, but also foreigners and tourists alike.

“The accused would then face prosecution by an authoritarian government in mainland China that does not uphold the rule of law, nor does it practice the fair and impartial administration of justice. Let’s face it, the judicial system in China is politicized and controlled by the Chinese Communist party,” Toomey said.

If passed, the legislation would allow the chief executive—the position now held by Lam—to sign off on extradition requests, including from mainland China, without approval from the city’s legislature.

Toomey added: “Some people are concerned that, if this bill were to become law, it would even pave the way for Chinese state-sponsored kidnapping of dissidents.”

The lawmaker also believed the bill would have a “chilling effect on freedom in Hong Kong,” explaining that Hongkongers would be afraid to express their views, due to potential political repercussions.

The senator added that he was astounded by the June 16 protest march, when 2 million people took to the streets to demand the bill’s withdrawal. Hong Kong only has a population of 7.4 million—meaning one in four Hongkongers protested that day.

The senator said he believed that Hongkongers are doing more than just protesting the extradition bill; they are “fighting for a future in which they can enjoy basic human rights,” such as free speech and fair trial. He predicted that the protests would have an impact on Taiwan and other Asian nations that “are struggling for freedom in the shadow of China.”

Taiwan is a de-facto country with its own democratically-elected government, military, and currency. However, Beijing views the island as part of its territory, and has adopted different tactics such as propaganda and coercion in an attempt to sway Taiwanese public opinion into favoring unification with the mainland. Meanwhile, Beijing has never ruled out the possibility of uniting Taiwan with military force.

“A democratic Hong Kong is a direct threat to the communist government in Beijing because people across China would naturally ask the question: Why do Hongkongers get to have more rights and a better life and more freedom than we have? That’s the threat that the government in Beijing is trying to extinguish,” Toomey added. Chinese censors have been scrubbing the internet of all content related to the Hong Kong protests, while state media have run propagandist articles that misrepresent facts.

The senator urged Americans not to turn a blind eye to the situation in Hong Kong, and should continue to support Hongkongers.