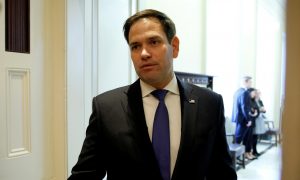 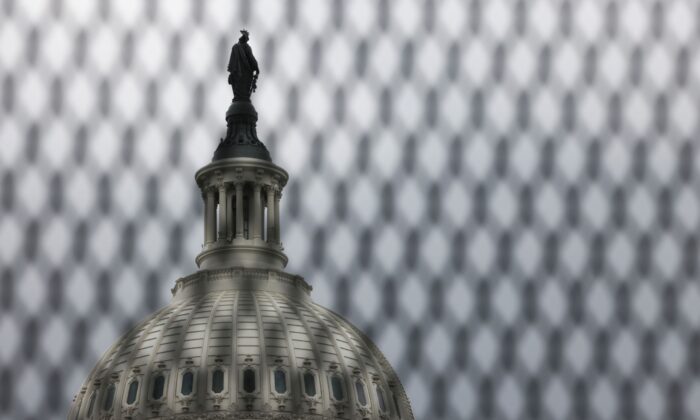 The U.S. Capitol building is seen behind security fencing in Washington, on May 28, 2021. (Evelyn Hockstein/Reuters)
China-US News

The Senate on Tuesday voted 68–32 to approve a sweeping package of legislation intended to boost the country’s ability to compete with Chinese technology, as Congress increasingly seeks to take a tough line against Beijing.

The bipartisan measure authorizes about $190 billion for provisions to strengthen U.S. technology and research—and would separately approve spending about $50 billion to increase U.S. production and research into semiconductors and telecommunications equipment.

The bill must also pass the House of Representatives to be sent to the White House for President Joe Biden to sign into law.

The desire for a hard line in dealings with China is one of the few bipartisan sentiments in the deeply divided Congress, which is narrowly controlled by Democrats.

Senate Democratic Majority Leader Chuck Schumer, who co-sponsored the legislation, said the United States spends less than 1 percent of gross domestic product on basic scientific research, less than half of what China does.

“The bipartisan legislation will be the largest investment in scientific research and technological innovation in generations, setting the United States on a path to lead the world in the industries of the future,” Schumer said Monday.

The legislation also seeks to counter Beijing’s growing global influence through diplomacy, by working with allies and increasing U.S. involvement in international organizations.