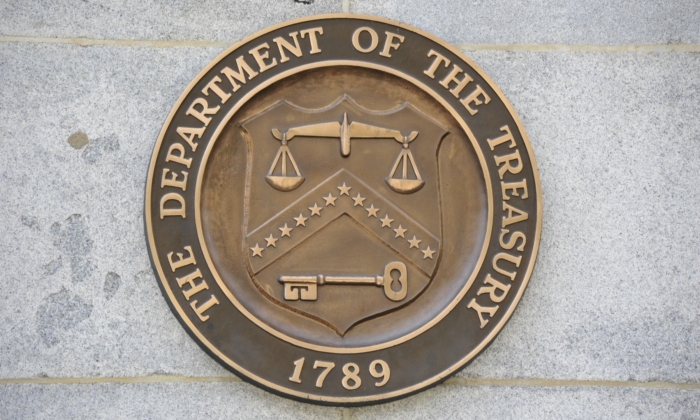 The emblem of the U.S. Treasury Department in Washington. (Mladen Antonov/AFP/Getty Images)
Economy

WASHINGTON—The U.S. Senate on Wednesday confirmed Lily Batchelder to serve as assistant secretary for tax policy at the Treasury Department, where she will play a big role in implementing tax changes sought by President Joe Biden and congressional Democrats.

Batchelder won confirmation in a 64–34 vote, with 15 Republicans voting in support of the New York University law professor.

The vote gives the Treasury Department its fourth confirmed political appointee, with at least nine others still awaiting confirmation. Many of Biden’s nominees have been held up by Republican holds over unrelated policy issues.

It came after a vote on cloture, which essentially limits debate on any bill or motion before the Senate and sets a 30-hour window before a final vote must be held. The process eliminates the ability of senators to filibuster, or hold the floor indefinitely, and delay a vote.

Batchelder, who served as the Senate Finance Committee’s chief tax counsel from 2010 to 2014, has pledged to work with Congress on tax policy that fosters economic recovery, promotes equality and addresses climate change.

Senate Finance Committee Chairman Ron Wyden said it was high time the Senate moved forward on Batchelder’s nomination, which was announced in April.

“Secretary (Janet) Yellen needs her full team in place at the Treasury. The country is going to be dealing with the aftereffects of the pandemic economic crash for years to come. There’s a long way to go before full recovery,” he said in a statement on the Senate floor.