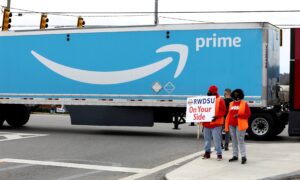 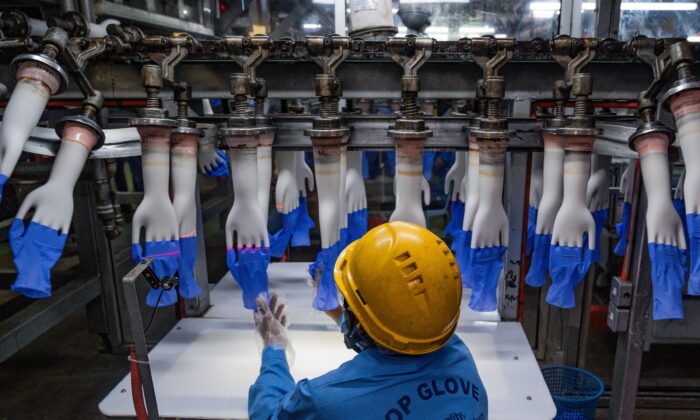 A worker inspects disposable gloves at the Top Glove factory production line in Shah Alam on the outskirts of Kuala Lumpur, Malaysia, on Aug. 26, 2020. (Mohd Rasfan/AFP via Getty Images)
US News

In a statement on Wednesday, the U.S. Customs and Border Protection said its officials at the Port of Kansas City seized 4.68 million latex gloves produced by a Top Glove unit in Malaysia with an estimated value of $690,000.

In response, Top Glove said it has informed the U.S. agency that it has remediated all forced labor indicators found at the firm.

The seizure shows that there is demand for Top Glove products despite the U.S. ban first announced in July last year. Top Glove is the world’s biggest glove maker and has seen global demand soar due to the COVID-19 pandemic.

And in March, it said it had found evidence of multiple forced labor indicators in Top Glove’s production process, including debt bondage, excessive overtime, abusive working and living conditions, and retention of identity documents, and directed its officials to seize goods from the manufacturer.

Top Glove said in April it has resolved all indicators of forced labor in its operations and that this had been verified by London-based ethical trade consultant Impactt Limited.

By A. Ananthalakshmi and Liz Lee