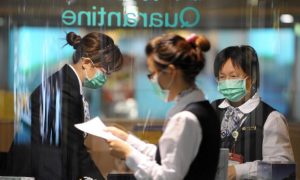 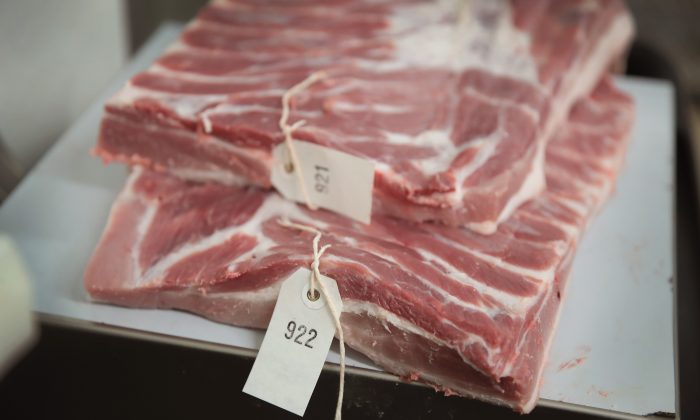 WASHINGTON—U.S. border agents have seized about 1 million pounds of pork products from China, a spokesman for the agency said March 15, on suspicion that it might contain African swine fever disease which has hit Chinese pork output.

Federal agents have seized the supplies over the past week in New York.

“The seizure was in an effort to battle the spread of African swine fever,” Anthony L. Bucci, public affairs specialist at U.S. Customs and Border Protection, told Reuters over email.

Asked if the seized pork had African swine fever, Bucci said, “This is an ongoing investigation,” and added that the federal agents were working with U.S. Department of Agriculture on the issue.

China, home to the world’s largest hog herd, has reported 112 outbreaks of the highly contagious disease in 28 provinces and regions since August, with the vast majority found on farms, with one at a slaughterhouse.

The disease can kill hogs in just two days, but isn’t harmful to people. About 1 million pigs have been culled so far in an effort to try to control the spread.

Hog prices in China hit their highest in 14 months this week as the spread of the disease reduces output. Meanwhile, U.S. officials decided to ramp up their fight to avoid the virus after Vietnam confirmed its first cases last month.

The U.S. Department of Agriculture said it will add more dogs to sniff out illegal pork products at airports and seaports in an effort to keep out the contagious hog disease that has spread across Asia and Europe.

China made its biggest purchases of U.S. pork in nearly two years last week, U.S. Department of Agriculture data showed on March 14, as Chinese hog prices surged after an outbreak of a deadly swine disease.

Buyers in the world’s biggest hog producer and pork consumer struck deals for the meat despite import tariffs of 62 percent imposed by China on U.S. pork as a consequence of the trade war between the two countries.

The duties had slashed China’s imports of U.S. pork from companies such as WH Group Ltd.’s Smithfield Foods since last summer.

The sale of 26,286 tons of U.S. pork in the week ended March 7 comes after a months-long outbreak of African swine fever in China that has spread to 111 confirmed cases in 28 provinces and regions across the country since August 2018.

“They are going to need pork and lots of it,” Dennis Smith, a commodity broker for Archer Financial Services in Chicago, said about China.

The sales were the biggest to China since April 2017 and the third largest since the USDA began tracking pork export sales in 2013.

The USDA didn’t immediately respond to a request for comment about pork sales to China. Officials have previously said China may be underreporting hog deaths from African swine fever.

President Donald Trump said March 14 the United States was doing well in trade talks with China, but that he couldn’t say whether a final deal would be reached.

“If they needed the stuff, we were the cheapest by far,” he said.

Chicago Mercantile Exchange May hog futures fell to a contract low last month. On March 14, the contract reached its highest price in more than two months, supported by increasing concerns about African swine fever in China.

Chinese hog prices reached their highest in 14 months on March 11.

“Certainly, there’s been a lot of focus on what hog prices are doing in China,” said Altin Kalo, agricultural economist for New Hampshire-based Steiner Consulting.

By Humeyra Pamuk and Tom Polansek