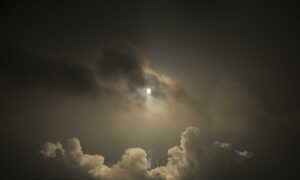 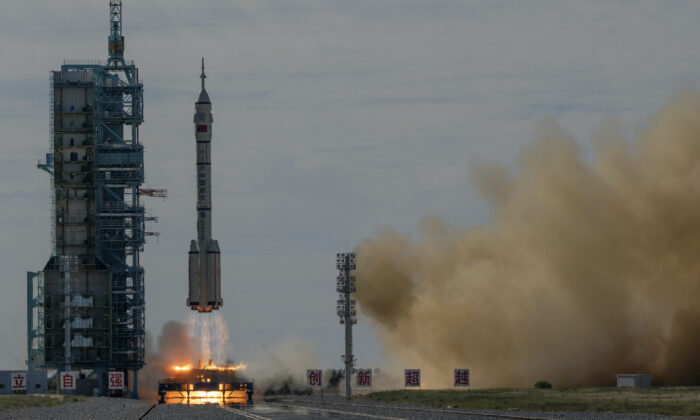 U.S. policymakers need to come up with a better space strategy, a space and security expert warned after China sent a three-member crew to its unfinished space station.

“To fight and win a space war against the Americans, the first thing that [the Chinese regime] will do is to knock out or blind our satellites in a space Pearl Harbor-type event,” Brandon Weichert, author of “Winning Space: How America Remains a Superpower,” said in an interview with NTD on June 19.

“We are not yet prepared to defend ourselves, let alone retaliate, in the way that would deter China or Russia from trying this during a geopolitical crisis.”

The agency in charge of China’s manned space program, the China Manned Space Engineering Office (CMSEO), isn’t a civilian agency like NASA. CMSEO is subordinate to China’s Central Military Commission (CMC), an agency of the Chinese Communist Party that oversees the Chinese military.

Currently, CMSEO is currently headed by Hao Chun, although the country’s manned space program is commanded by Gen. Li Shangfu, who also is a department director at the CMC.

They will stay in the station’s main living module for three months, the longest stay for any Chinese nationals in space since Beijing launched an astronaut into Earth orbit in 2003. The Chinese space station, named Tiangong, will receive additional modules in 2022.

The International Space Station (ISS), launched in 1998, is a partnership between the United States, Canada, Japan, Russia, and member nations of the European Space Agency. China has been barred from taking part in the ISS since 2011, when the United States passed a law banning space cooperation between NASA and Chinese organizations, due to national security concerns.

China’s actions also spurred distrust leading to its ban from the ISS. In January 2007, China fired an anti-satellite missile against one of its inactive weather satellites, drawing international concern.

Weichert pointed to two Chinese space technologies that could cripple U.S. satellites. First, he said a giant robotic arm—10 meters in length, which can lift objects weighing up to 20 tons, according to Chinese state-run media—is attached to the Chinese space station and poses a serious threat.

“So China in peacetime could use that grappling arm to help ships dock. But in wartime, they could use that to pluck our satellites from nearby orbits and push them out of orbit or sabotage them,” Weichert said.

In April, Army Gen. James Dickinson, commander of the U.S. Space Command, told a Senate hearing (pdf) that China’s robotic arm technology in space “could be used in a future system for grappling other satellites.”

The second Chinese technology that poses a threat to U.S. satellites is lasers, Weichert said.

“China planners have talked about installing a large laser when their [space] station is completed in orbit. Now, they say in peacetime, the laser would be used to clear orbital debris. But, in wartime, that laser could potentially be used to blind sensitive American satellites in orbit,” he said.

In 2018, researchers at China’s Air Force Engineering University published a paper proposing how a giant laser would be effective to clean space junk and old satellites.

Satellite communication is critical not only for Washington to effectively deploy its forces, but it’s also vital for the U.S. economy. Weichert said the United States would see its economy sent back to the “pre-1970s era” without satellites, given that most modern electronic transactions, such as exchange-traded funds (ETFs), rely on them.

More importantly, China is gaining on U.S. leadership in space, according to Weichert.

Currently, U.S. policymakers are “too small-minded” with regard to their space policies, Weichert said. They need to “develop systems and doctrines” not just to defend U.S. satellites but also U.S. commercial interests in the future.