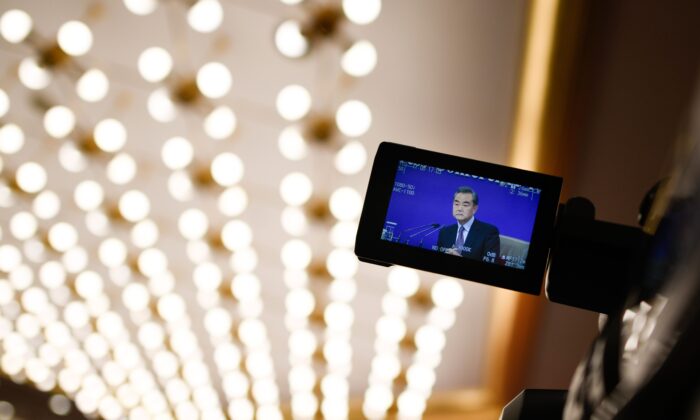 Two Chinese Embassy officials were “secretly expelled” by the U.S. government for driving onto a “sensitive” military base in Virginia in September, according to a Dec. 15 report from The New York Times.

It appeared to be the first time in more than 30 years that Chinese diplomats were expelled over suspected espionage acts. U.S. officials believe that at least one of the officials was an intelligence officer operating “under diplomatic cover,” six unidentified sources familiar with the matter told the newspaper.

The officials had their wives with them as they drove through an entry checkpoint on the military base despite being denied permission, and reportedly evaded military personnel that pursued them. They stopped driving only after fire trucks blocked their path, later claiming that they were lost.

The State Department, the National Security Council, and the White House didn’t immediately respond to requests by The Epoch Times for confirmation of the expulsions.

Officials within the Trump administration have increasingly warned about espionage and surveillance efforts by the Chinese regime. In November, Ajit Pai, chairman of the U.S. Federal Communications Commission, warned about China’s 5G networks, describing it as a “major concern” for the United States that could open the door to surveillance, espionage, and other dangers.

U.S. officials told The New York Times that in recent months, Chinese diplomats have “become bolder” about appearing at research or government facilities without announcement.

Chinese spies now make up about 90 percent of perpetrators in U.S. espionage cases, according to the Washington-based think tank Center for Strategic and International Studies.

“I think understanding the culture and underlying purpose behind China’s objectives is very important,” Charity Wright, a cyber threat intelligence adviser at IntSights with 15 years’ experience with the U.S. Army and the National Security Agency, told The Epoch Times in a previous interview.

“China wants to be the superpower of the world and promote the CCP to the top. Right now, they have a very dangerous ability to surveil and censor.”

Weeks after the incident at the military base, the State Department on Oct. 16 announced stricter restrictions aimed at limiting the activities of Chinese diplomats, by requiring them to give additional notice before meeting with U.S. officials or visiting certain institutions. The Chinese Embassy said at the time that the new restrictions on Chinese diplomats were “in violation of the Vienna Convention.”

“So far, the Chinese side does not have similar requirements on American diplomats and consular officers in China,” the Chinese Embassy claimed in an Oct. 16 Twitter post.

Unidentified State Department officials told The New York Times that the new rule “applies to officials working at all Chinese Missions in the United States and its territories, including at the United Nations.”

More than 80 percent of all economic espionage charges brought by federal prosecutors since 2012 implicated China, according to the U.S. Department of Justice, which last November launched the China Initiative to combat the threats posed by Chinese espionage and other forms of Chinese infiltration into U.S. society.

Since January 2018, more than 30 China-related espionage cases, including those involving Chinese intelligence officers, former U.S. intelligence officials, Chinese nationals, and naturalized U.S. citizens from China, have made the headlines.

The FBI has more than 1,000 active investigations into intellectual property theft, “almost all leading back to China,” FBI Director Christopher Wray told U.S. senators at a congressional hearing in July.

Beijing’s ambitious “Made in China 2025” industrial plan, which aims to transform the country into a high-tech manufacturing powerhouse by the year 2025, targets 10 industries for development, including robotics, aerospace, and biotechnology.

Nicholas Eftimiades, a former U.S. senior intelligence official and author of “Chinese Intelligence Operations,” told The Epoch Times previously that he’s compiled a database of 464 cases of China’s overall espionage efforts around the world, based on public prosecutions.

“Most of … [the cases] fall into the technologies identified in ‘Made in China 2025,’” Eftimiades said.

At the same time, China is eroding America’s military superiority and conventional deterrence through the integration of artificial intelligence (AI) systems in its military strategies, operations, and capabilities, an independent U.S. federal commission warned in November, adding that the United States needs to step up investment in the technology and apply it to national security missions.