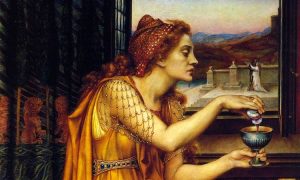 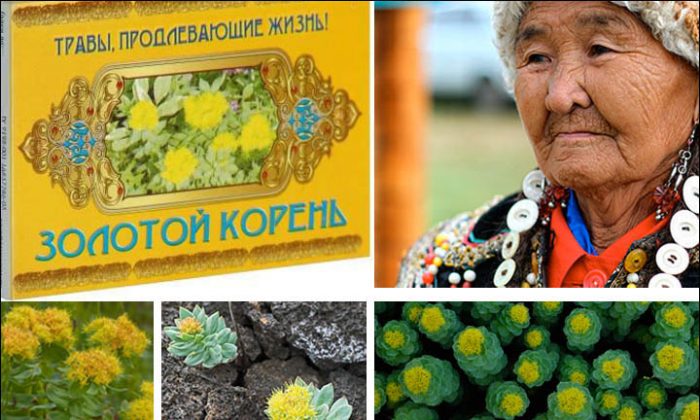 Images of golden root and an elderly Siberian lady. The benefits of golden rod long known in Russian folk medicine are now being proven in tests and spreading around the world. (The Siberian Times)
Fitness & Nutrition

By The Siberian Times
biggersmaller
Print

From The Siberian Times: Researchers surmise that the Siberian herb golden root—known in Russia for countering depression, lessening stress, and as an aphrodisiac that works especially well for women—could encourage long life in humans.

“Potentially, humans—healthy or not—could live longer by consuming this root,” said Professor Mahtab Jafari of the department of pharmaceutical sciences at the University of California-Irvine last year. “So far, we’ve only seen the effect in flies, worms, and yeast. But nothing quite like this has been observed before.”

This special herb, which grows in the Arctic and the Altai Mountains, has been lauded in Siberia for centuries, with Russians discovering its strengths from native peoples. Starting in the 1940s, Soviet researchers studied its impact on athletes and later on cosmonauts. It is served as a tea in Siberia and more recently it has been used in “power drinks” and by Clarins in an anti-ageing product.

Professor Jafari stressed: “Although this study does not present clinical evidence that Rhodiola can extend human life, the finding that it does extend the lifespan of a model organism, combined with its known health benefits in humans, make this herb a promising candidate for further anti-aging research.”

The results, Jafari said, “reveal that Rhodiola is worthy of continued study, and we are now investigating why this herb works to increase lifespan.”

Researchers supplemented the diet of adult fruit flies with four herbs known for their anti-aging properties, which were each mixed into a yeast paste. The flies ate this mix for the duration of their lives. Three of the herbs—known by their Chinese names as Lu Duo Wei, Bu Zhong Yi Qi Tang, and San Zhi Pian—were found to have no effect on fruit fly longevity. But Rhodiola was found to “significantly reduce mortality,” reported Biotech Week.

“On average, Rhodiola increased survival 3.5 days in males and 3.2 days in females.” The average lifespan of a fruit fly is about a month to 50 days.

Professor Jafari explained that “if you look at the molecular pathways we study in flies, they’re also highly conserved. You can find the same pathways in nearly all living things: flies, worms, rats, humans. It’s scientific to think that if Rhodiola works in flies, it may also work on humans.”

Western medics first began to pay attention to the herb, which has a yellow colored flower, only in the past decade. This followed an Armenian clinical trial which showed 500 milligrams of Rhodiola rosea extract helped treat mild to moderate depression. Practitioners of “naturopathic” or herbal medicine in the United States cottoned onto it.

It was Russian scientist Dr. Nicolai Lazarev who coined the name “adaptogen.” Adaptogens are natural substances found only in a few rare plants, which provide special nutrients to help the body achieve optimal mental, physical, and work performance and increase resistance to chemical, biological, and physical stressors.

Rhodiola is described as “a mild stimulant that increases production of serotonin, a neurotransmitter that helps you relax.”

Scientists have found that Rhodiola begins to take effect in one dose, unlike other adaptogens, such as Siberian ginseng (Eleutherococcus senticosus), which must be taken for weeks to be effective.

With its rose-like smell, it was also recommended to Americans in a book titled “Hot Plants,” by Chris Kilham, a “medicine hunter” from the University of Massachusetts at Amherst, as an an energy and stamina booster and aphrodisiac that works especially well for women.

He wrote that it, “promotes energy, stamina, sexual function and desire. It reduces stress-induced chemicals, resulting in a sense of well-being.” Now we know it may boost longevity, too.

Just like babushka said! Well, she said most of that, maybe not quite all!