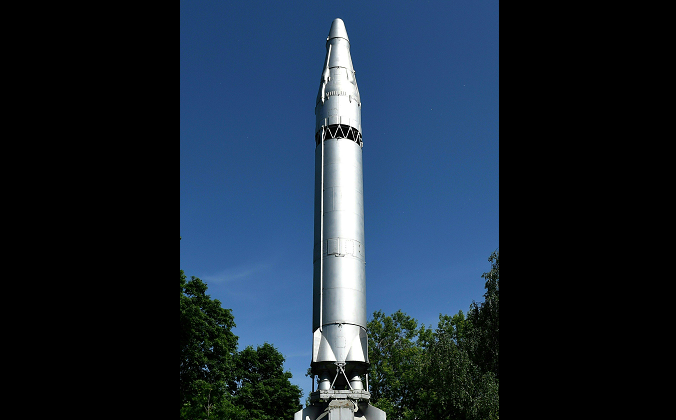 Officials say Russia secretly deployed a cruise missile in violation of a treaty that helped end the Cold War.

Moscow specifically deployed a ground-launched SSC-8 cruise missile that was being developed and tested for years.

The United States complained that it violated sections of the 1987 Intermediate-range Nuclear Forces treaty, which bans both countries from using that class of ground-launched missiles.

The Times said President Barack Obama’s administration attempted to persuade Moscow to correct its violation of the treaty while the missile was undergoing testing.

One of the sites is located in Kapustin Yar in the country’s southeast. The other battalion was moved to another location in December, according to one of the officials.

Putin Hails Slovenia’s Offer to Host His Meeting With Trump

Russia’s move comes as the Trump administration tries to fill major policy positions in the State Department. Meanwhile, National Security Adviser Michael Flynn stepped down on Monday night after it was reported that he misled Vice President Mike Pence and other top White House officials over conversations he’d had with the Russian ambassador to the United States before taking up his position in the White House.

According to a 1799 law known as the Logan Act, private citizens are prohibited from conducting U.S. diplomacy with governments in disputes with the United States.

In a call with Russia, Trump reportedly described the New START treaty in 2010 as one of several bad deals under the Obama administration.

Trump tweeted in December that “the United States must greatly strengthen and expand its nuclear capability until such time as the world comes to its senses regarding nukes.”