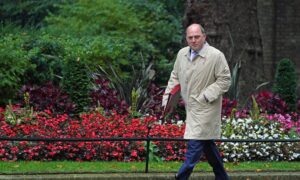 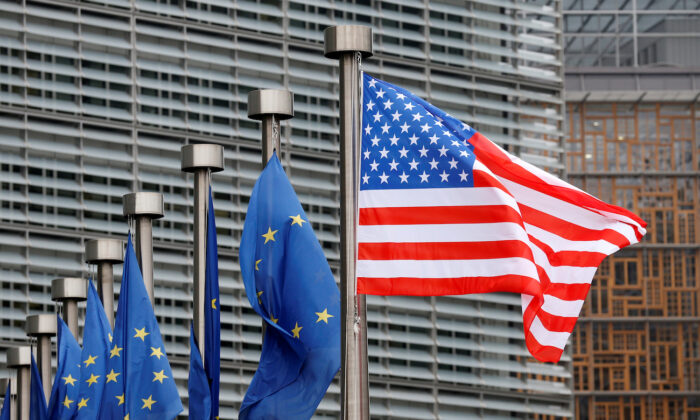 U.S. and European Union flags are pictured at the European Commission headquarters in Brussels on Feb. 20, 2017. (Francois Lenoir/Reuters)
Executive Branch

A meeting between leaders from the United States, France, and other European nations that was set to take place on the sidelines of the United Nations General Assembly in New York has been cancelled due to scheduling issues, according to a senior State Department official.

The transatlantic Quad meeting between the United States, France, Germany, and the UK was scheduled to take place on Tuesday alongside the 76th session of the U.N. General Assembly.

“We did have a Quad at my level today,” the state official said. “I think that schedules got in the way of that at the ministerial level, but a lot of those countries are going to see each other in other formats both at the … the G-20 meeting and at least the P3 [permanent members meeting] will all be part of the secretary-general’s P5 meeting tomorrow night.”

The state official noted that he expects U.S. Secretary of State Antony Blinken and French Foreign Minister Jean-Yves Le Drian will “have a chance to exchange views at some point over the course of the week.”

The cancelled meeting was one of the three planned get-togethers that would bring together Blinken and Le Drian, among other countries’ representatives, for the first time since a diplomatic spat between the United States and France.

France has berated the United States for negotiating a security pact in secret with Australia and Britain that would help Australia acquire nuclear-powered submarines, and cost Paris a lucrative defense deal.

Australia says the United States’ offer of access to U.S. nuclear technology to build nuclear-propelled submarines was too good to refuse.

Previously, Australia struck a $65 billion deal with France to provide subs in a security agreement in the Asia–Pacific region. France said it was now assessing all options in response to Australia’s scrapping of the billion-dollar submarine contract, with officials noting that they learned about the new agreement between the United States and the U.K just hours before it went public.

The move prompted France to withdraw its ambassadors from Australia and the United States and cancel a planned gala in Washington, D.C.

Meanwhile Germany, France’s biggest EU ally, has rallied behind it, saying Washington and Canberra had damaged trust between allies that would be difficult to rebuild.

The official did not state whether or not the cancelled meeting was due to the recent tensions between the U.S. and France.