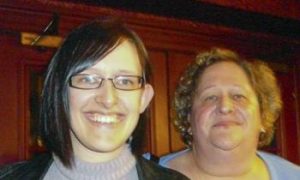 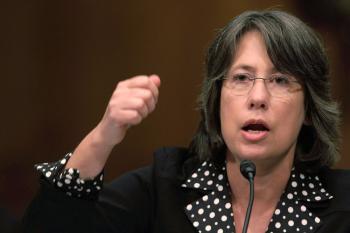 Federal Deposit Insurance Corporation (FDIC) Chairman Sheila Bair testifies before the Senate Homeland Security and Governmental Affairs Committee's Investigations Subcommittee on April 16, 2010. According to the FDIC, The years 2009 and 2010 will go down in history as two mammoth years of bank failures. (Chip Somodevilla/Getty Images)
Business

By Heide B. Malhotra
Print
WASHINGTON—The years 2009 and 2010 will go down in history as two mammoth years of bank failures, according to a list published recently by the Federal Deposit Insurance Corporation (FDIC).

Generally, a bank is shut down when it lacks sufficient capital for day-to-day business activities and doesn’t have the cash to pay depositors on demand or creditors for services rendered.

The FDIC, created in 1933, oversees close to 6,500 insured depository institutions. It will insure deposits of at least $250,000 until Jan. 1, 2014, when it will reverse to $100,000, the amount insured before the credit melt down. Individual retirement accounts will continue to be insured up to $250,000. The FDIC is not funded by taxpayer funds, but with insurance premiums paid by the banks it insures.

The FDIC insures checking and savings accounts and certificates of deposit. It doesn’t insure “investment products that are not deposits, such as mutual funds, annuities, life insurance policies, stocks and bonds,” according to consumer information on the FDIC website. Also, safe-deposit boxes are not insured.

“Consistent with a recovering economy, we saw signs of improvement in industry performance,” FDIC Chairman Sheila C. Bair said in a February press release. “But as we have said before, recovery in the banking industry tends to lag behind the economy, as the industry works through its problem assets.”

Merger and acquisition-related acquisitions will transform the banking sector by 2015, predicted Greenwich Associates in a recently released study.

Within one year, up to 10 percent of U.S. banks will either close doors or be taken over by larger institutions, Greenwich predicted. Within five years, most of the banks with less than $1 billion in assets will no longer exist, as they will either be bought out or fade away. Overall, the number of firms in the U.S. banking sector is predicted to shrink by 20 percent compared to 2007.

The Greenwich report identifies several banking sector trends that will govern the next few years. Banks will curtail lending activities, the number of mergers will balloon, and the government will put even more banks under receivership. Only a few mega-banks—such as Citigroup Inc. and Bank of America Corp.—will control the industry, and large foreign banks will gain a foothold in the U.S. market.

Regulatory authorities are confronted with “regulatory deficiencies that permitted or encouraged destructive behavior among banks, while simultaneously encouraging the same banks to be more aggressive in their lending. As this report shows, the banking industry is more fragile than it might appear. Proceed with caution,” said Don Raftery, consultant at Greenwich.

The banking industry argues that to be competitive on a global scale, banks must be large and be able to handle any type of financial instruments and products.

Opponents to the mega-sized bank model charge that recent findings show that such large banks are not prudent, violate their fiduciary responsibility to customers, take on excessive risk, and boost short-term profits when the economic landscape is good and harm the economy when the bubble bursts.

The slogan “Too Big to Fail” is a misnomer, suggested Alan Greenspan, former Federal Reserve chairman, according to November 2009 media reports. He opined that if banks are considered too big to fail, they have reached a capacity that can no longer be sustained and become the dregs of society, needing federal funds during problem times.

The largest banks have required much larger taxpayer injections than smaller banks. Not just that, but with it came the implicit confidence by investors to invest in the banks, as they were powerful enough to be bailed out by the government.

These banks reported very high profits in 2009 when compared to 2008, mostly from trading and capital markets activities as revenues from the consumer sector remained weak.

“As the mega-banks continue to take hits from their consumer-oriented businesses due to rising unemployment and mortgage and other defaults, they are sustaining themselves through a variety of speculative activities, including the repackaging of some of the toxic assets that clogged the system last year,” according to the Demos report.

Adding a stronger suggestion, “Since it takes real capital to trade, government subsidies are being absorbed into the trading-for-profits vortex. The mega-banks are, in effect, gambling with taxpayer funds.”