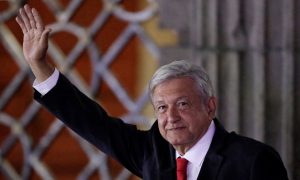 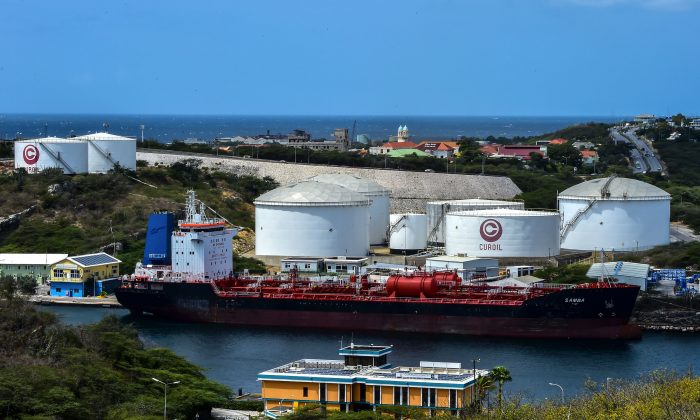 The bank “Evrofinance Mosnarbank,” which is jointly owned by Russian and Venezuelan state-owned companies, was sanctioned for its support of PDVSA. Evrofinance’s net assets grew more than 50 percent during 2018 as the treasury continued to escalate the use of sanctions.

PDVSA is an entity that has long been a “vehicle for corruption, embezzlement, and money laundering by Maduro and his cronies,” the Treasury Department noted.

“The illegitimate Maduro regime has profited off of the suffering of the Venezuelan people,” said Treasury Secretary Steven T. Mnuchin in a statement.

“This action demonstrates that the United States will take action against foreign financial institutions that sustain the illegitimate Maduro regime and contribute to the economic collapse and humanitarian crisis plaguing the people of Venezuela.”

A ‘Lifeline’ For Maduro

The Treasury Department noted that Nicolás Maduro feels increasingly isolated and desperate for “lifelines from Russia” as the United States and more than 50 countries now recognize Venezuela’s interim president, Juan Guaidó, as the legitimate leader of the country.

Russia, in particular, is known for being a longtime ally of Venezuela, dating back to Maduro’s predecessor, Hugo Chavez. Chavez bought a 49 percent stake in Evrofinance through the Venezuelan National Development Fund in 2011. At that time, Russia’s Gazprombank and Russia’s state bank, VTB Bank—the country’s second-largest bank—each owned a 25 percent stake in Evrofinance.

Evrofinance was created as a “bi-national bank to fund joint Russia–Venezuela oil and infrastructure projects,” according to the Treasury Department.

While major U.S.- and European-based financial institutions cut off ties with Maduro’s regime, the assets of Evrofinance continued to rise. Venezuela suffers from an economic and humanitarian collapse spurred by Maduro’s socialist policies and corrupt leadership, which has led to around 90 percent of the population living below the poverty line. At the same time, less than half of families in the country are able to meet their basic food needs.

The United States on March 1 imposed visa restrictions on individual officials aligned with illegitimate dictator Maduro, along with their families. At the same time, six Venezuelan government officials associated with the obstruction of humanitarian aid deliveries were specifically named and sanctioned.

The restrictions came a day after Russia and China—staunch supporters of the embattled dictator who have invested billions into his socialist regime—vetoed a U.S. resolution that asked the United Nations Security Council to push for democratic elections and access to humanitarian aid in Venezuela.