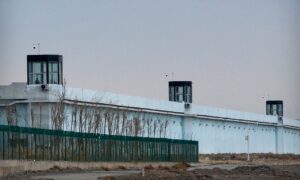 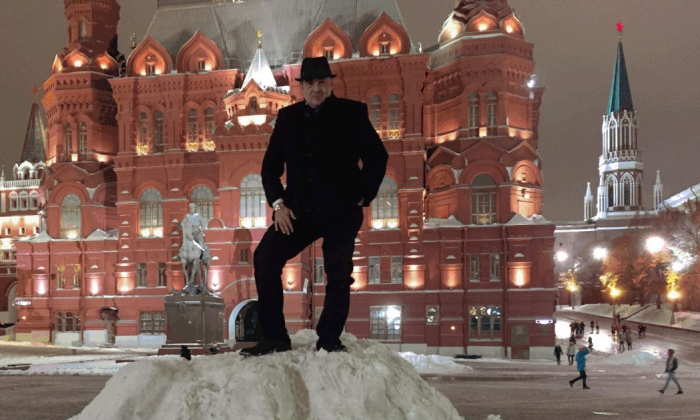 The United States sanctioned on Nov. 20 an illicit network that used a Russian shipping company to deliver millions of barrels of Iranian oil to the Assad regime in Syria, according to the Treasury. In return, Syria funded the Hamas and Hezbollah terrorist groups.

The participants used a complex scheme to evade existing U.S. sanctions, including the use of a pharmaceutical company to conceal the nature of payments sent from Iran to Russia.

Iran and Russia used the scheme to prop up the Assad regime and fund the Iranian regime’s malign activity in Syria, according to Treasury Secretary Steven Mnuchin.

“Central Bank of Iran officials continue to exploit the international financial system, and in this case even used a company whose name suggests a trade in humanitarian goods as a tool to facilitate financial transfers supporting this oil scheme,” Mnuchin said in a statement.

“The United States is committed to imposing a financial toll on Iran, Russia, and others for their efforts to solidify Assad’s authoritarian rule, as well as disrupt the Iranian regime’s funding of terrorist organizations.”

The Treasury identified Mohammad Amer Alchwiki, a Syrian national, as the central player in the scheme. Alchwiki used his Russia-based company, Global Vision Group, to ship Iranian oil to Syria and facilitated money transfers to Iran’s proxies in Syria, including the Hezbollah and Hamas radical Islamic terrorist groups. The sanctions also target two officials at Iran’s central bank, as well as a Russian shipping company and its deputy director.

Iran’s central bank funneled money to the Russian shipping company through the Tadbir Kish Medical and Pharmaceutical Company. Despite its humanitarian sounding name, Tadbir Kish was used to illegally send money to Russia on multiple occasions, according to the Treasury. As a result, the network was able to use Tadbir Kish as a conduit for illicit money transfers to Russia. The U.S. sanctions on Iran do not affect food and medicine.

The Treasury released photos of Alchwiki posing with stacks of cash and images of him in Russia. In Syria, Alchwiki facilitated the transfer of hundreds of millions of dollars to Iranian proxies in Syria, including U.S.-designated terror groups. A senior administration official said that Alchwiki’s days as an international businessman are over as a result of the sanctions.

In addition to supporting terror groups, Iran bolstered the Assad regime as it committed atrocities against its own people throughout the Syrian Civil War, according to the Treasury. The sanctions are meant to suppress Iran’s campaign of malign influence and send a warning to shipping companies, insurers, and vessel owners, that shipping Iranian oil will be punished with crippling sanctions, a senior administration official told reporters during a background call on Nov. 20.

“The Iranian regime continues to prioritize spending money on fomenting terror over supporting its own people,” said Undersecretary for Terrorism and Financial Intelligence Sigal Mandelker. “This is yet another example of the regime using the proceeds of millions of barrels of its oil to fund terrorists and the murderous Assad regime to the detriment of its own people.”

Secretary of State Mike Pompeo has said that Iran backs the Assad regime with the goal of boosting its own influence in the Middle East. Pompeo has also said that the presence of Iran’s Islamic Revolutionary Guard Corps-Qods Force in Syria is unacceptable.

President Donald Trump has blamed Iran for funding destabilizing activity around the world. Trump withdrew the United States from the multinational Iran nuclear deal on May 8. As part of the withdrawal, Washington reimposed all of the pre-deal sanctions on Iran. The United States reimposed the final wave of Iran-deal sanctions two weeks prior to the measures against the Iran–Russia–Syria oil network.

Early in his administration, Trump singled out Iran as the chief supporter of radical Islamic terrorism. The president forged an alliance with Saudi Arabia to counter Iran and, in a speech during a visit to Riyadh, called on nations throughout the Middle East to choose a side.

“The country of Iran … is responsible for a bloody proxy war against Saudi Arabia in Yemen, trying to destabilize Iraq’s fragile attempt at democracy, supporting the terror group Hezbollah in Lebanon, propping up dictator Bashar Assad in Syria (who has killed millions of his own citizens), and much more,” Trump said in a Nov. 20 statement. “Likewise, the Iranians have killed many Americans and other innocent people throughout the Middle East.”