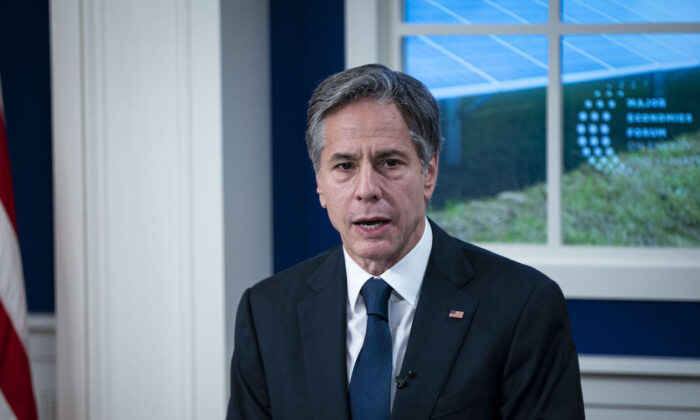 The U.S. Treasury Department has sanctioned several Chinese entities and individuals based in China for financing Iran-related terrorist activities.

The Office of Foreign Assets Control (OFAC) of the Treasury Department posted on its website on Sept. 17 that it’s imposing sanctions on members of the networks that finance the terrorist organization Hezbollah in Lebanon and Kuwait. The United States has also sanctioned members of international financial facilitators and front company networks that provide financial support to Hezbollah and Iran.

Those companies are either directly or indirectly owned, controlled, or directed by Morteza Minaye Hashemi, an Iranian businessman living in China who’s also on the sanctions list. Hashemi is accused by the U.S. government of funding the Islamic Revolutionary Guard Corps-Quds Force (IRGC-QF).

Hashemi, who controls a number of companies in Hong Kong and mainland China, was helped by two Chinese nationals, Yan Su Xuan and Song Jing, according to the Treasury Department’s statement. They opened a bank account for Hashemi under his instructions and are the owners of the company on paper. Yan also purchased military-civil, dual-use products from the United States on behalf of Hashemi to ship to Iran.

The two other companies now under sanctions—Victory Somo Group (HK) Ltd. and Yummy Be Charm Trading (HK) Ltd.—are owned or controlled by Song. Hashemi also has supervised the financing and management of the companies.

The Treasury Department stated that it will seize the properties of the sanctioned individuals and entities in the United States and prohibit all transactions with them.

Regarding the new sanctions, U.S. Secretary of State Antony Blinken said in a statement that Hezbollah used revenues generated by the financial networks to “fund terrorist activities and to perpetuate instability in Lebanon and throughout the region.”

Blinken called on governments around the world to take measures to ensure that Hezbollah and other terrorist organizations aren’t allowed to have access to financial institutions.

“The United States will not relent in targeting these networks, and we will continue to take action to disrupt their activities,” he said.